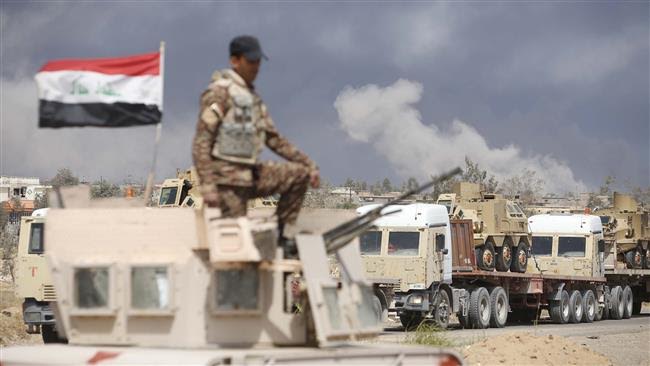 Government troops alongside Shia militias have taken over important areas of Beiji, a northern refinery town, although ISIS continues to resist their offensives in some sectors.  The town has been under the control of the extremist group since last year but Brigadier General Nassir al-Fartousi, commander of the Interior Ministry’s Quick Reaction Forces, said Iraqi flags have replaced that of the Islamic State on government buildings.

ISIS took over a large part of Iraq’s northern territory when it started its campaign last year and has made it its stronghold. Beiji is strategically located as it lies on the road to IS-held Mosul. It could therefore contribute to Baghdad’s fight against the group if it is not lost again.

Oil facilities are a major financial contribution to ISIS plans to strengthen and fund the operations of its militants that continue to fight for the sustainability of the declared Islamic State on Iraqi and Syrian territories.

Nassir said government troops are moving to other areas after Beiji although a refinery on the outskirts of the town continues to be contested. Iraqi and Kurdish forces have managed to roll back the Islamic State group in many parts of the country with the help of US-led airstrikes but the fall of Ramadi into the hands of the extremist group was a major blow and led to accusations being traded between Iraqi and U.S authorities. Ramadi is the provincial capital of the western Anbar province.

This week, western countries renewed their will to help Iraq fight ISIS by providing it with logistics and training for its military as they continue to rule out the possibility of sending troops on the ground.