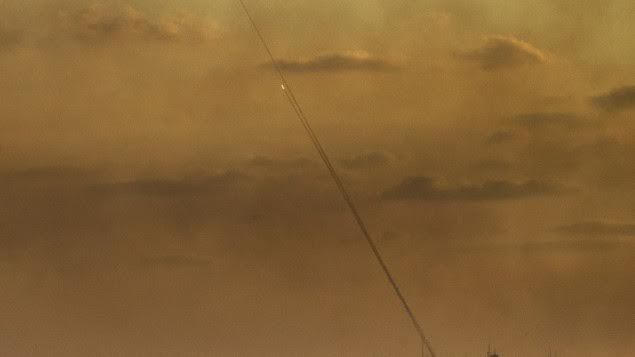 On Wednesday, rockets fired from Gaza into Israel landed in open fields near the city of Ashkelon and the town of Netivot without any casualties or injuries. This is the second time that Israel has been targeted from Gaza in the past weeks and a militia group calling itself Omar Brigades has claimed on twitter that it was behind the two attacks. Israel reacted to the latest rocket attacks with dawn airstrikes on Thursday and the military has claimed that it “struck three terror infrastructures in the Gaza Strip” and added that “hits were confirmed.”

Omar Brigades is a radical salafist group based in Gaza and sympathetic to the Islamic State. It claimed that the rocket fire was a retaliatory move after Hamas killed an Islamic State supporter during a shootout in Gaza on Tuesday.

Hamas has been ruling over Gaza since 2007 and considers the group as a threat. Israel has warned that Hamas will be held responsible for any attack against it from Gaza. Shortly after the rocket fire, Hamas started to evacuate some of its buildings in anticipation of Israeli airstrikes. The Israeli military stated that it carried out bombing raids against three militant training camps. Witnesses and medics said two belonged to Hamas while one was that of Omar Brigade. Damages were reported but there were no casualties.

Last year’s 50-day summer war between Hamas and Israel is still fresh in the minds of the population and Omar Brigade has announced its determination to embark on a holy war against Israel. “We are continuing with our jihad against the Jews, the enemies of God and no one will be able to deter us,” it posted on twitter.