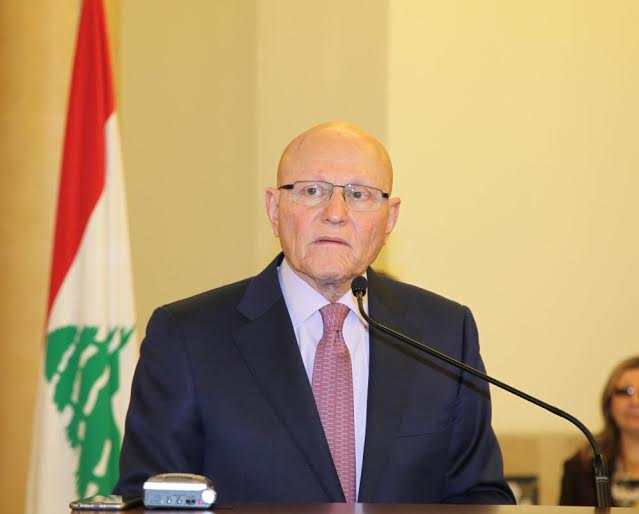 Lebanese Prime Minister Tammam Salam met with Saudi Crown Prince Mohammed bin Nayef shortly after arriving in the country on Tuesday for an official visit believed to be aimed at mending the ties between the two governments after Hezbollah, one of the country’s major political parties, strongly criticized Riyadh for its role in Yemen.

On March 26, Hezbollah’s secretary general Nasrallah accused Saudi Arabia of being the source of global “takfiri ideology” and vowed that it will suffer a “major defeat” in the Yemeni conflict. French diplomatic sources believe that such comments angered Riyadh and French chief of Staff General Jean-Pierre Bosser said it might have led to the delay of the much needed Saudi-sponsored French weapons to Lebanon.

Upon his arrival in Saudi, Salam was quoted by the Saudi official news agency SPA that “the Lebanese government expresses the official Lebanese stance, not any other party” as he reassured Riyadh of Beirut’s will to continue upholding their bilateral ties. He said “the Lebanese are people of loyalty and gratefulness and they will preserve Arab brotherhood. They will never forget the offerings of the land of the Two Holy Mosques and they won’t abandon the firm and historic ties with the kingdom.”

Salam also told Saudi-owned daily Asharq al-Awsat that the lack of a president for more than a year has “led to a semi-paralysis of the legislative branch and created obstacles in the cabinet.” He warned that “the atmosphere will worsen and this could not help us in preserving internal stability to confront dangers” as he called for a consensus among political parties to elect a president.

The prime minster is expected to meet with the King and other officials during his visit.