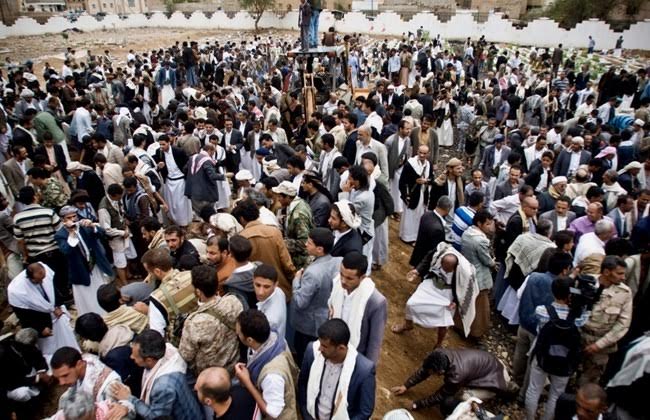 Spokesman Rajeh Badi of the Yemeni based Riyadh government led by President Hadi has hinted that there are ongoing talks between the Houthi Movement and the U.S in Oman. The agenda of the meeting seems to be unclear to Badi as he hoped that “these talks are being held in the context of international efforts to implement UN Security Council resolution 2216.” The talks between the Houthis and the Americans is believed to be geared towards facilitating the end of the conflict in Yemen after UN-led Yemeni peace talks were postponed indefinitely following Hadi’s request for more time.

UN special envoy to Yemen Ould Cheikh Ahmed told Yemeni politicians during a meeting in Sana’a that a delegation of Houthis and US officials were holding “indirect talks” in Oman. Muscat has usually been neutral in conflicts and it is playing the role of the mediator between the two parties at the talks.

According to Badi, senior figures of the rebel group arrived in Oman in “a private American plane.” Hadi’s government is not taking part in the talks.

Houthi spokesman Mohammed Abdul-Salam announced on 23 May that he had departed with an official delegation from the group to neighboring Oman to discuss the conflict with the Omani government.

Neither the Houthis nor the US have confirmed or denied allegations of the ongoing talks. Although Washington is not part of the Saudi-led coalition, it has been providing arms and intelligence to the campaign.

Pending the outcome of the talks, Hadi has demanded that his authority as the legitimate president of Yemen should be recognized by the Houthis and their forces should withdraw from the country’s main cities before talks could begin. Houthis are urging for airstrikes to end before negotiations could commence.