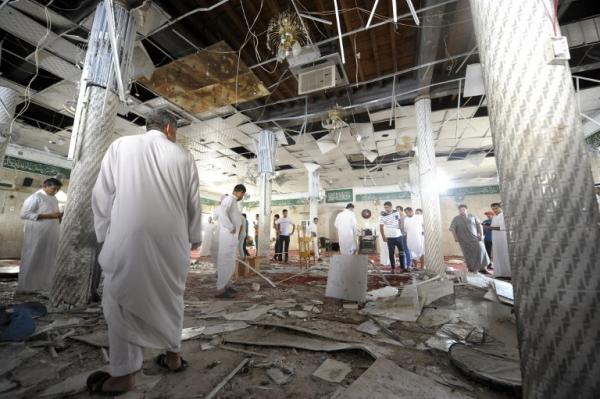 Saudi Arabia, which is still recuperating from the deadly mosque attack that killed 21 people in a Shi’ites populated village, identified two leading Hezbollah members as instigators of terrorism in the kingdom and in the region including in Syria and Yemen.

The Saudi government decided to freeze assets of Khalil Harb and Muhammed Qablan, two key members of “Hezbollah terrorist and military factions’ and to ban Saudis associated with these two men, reported the Saudi news agency.

According to Saudi authorities, the two men, Khalil Harb and Muhammed Qablan, have been sponsoring militants “responsible for terrorist operations in the Middle East.”

They were identified as high-ranking members of Hezbollah tasked with various activities including financial and military support for Assad regime in Syria and financial assistance to factions in Yemen.

The Saudi government said in a statement it would “continue its fight against the terrorist activities of Hezbollah using all available means,” and work with partners around the world to ensure that everyone is aware of the organization’s “military and extremist activities.”

“As long as Hezbollah seeks to spread chaos and instability, carries out terrorist attacks and is involved in criminal and illegal activities around the world, the Kingdom will continue to designate its activists, leaders and entities and impose sanctions on them.”

Harb, born on Oct. 9, 1958, started first as a Hezbollah deputy commander and then commander of its central military unit. He also supervised Hezbollah’s military operations in the Middle East including in Yemen.

He represented Hezbollah in Yemen’s political affairs and has appeared since 2012 in the transfer of large amounts of money. Saudi authorities said late in 2012, he promised $50,000 immediate funding to a Yemeni political leader on behalf of Hezbollah.

Qablan, a Lebanese national, was born in 1969. He has reportedly led a Hezbollah infantry battalion and headed a Hezbollah terrorist cell operating in Egypt. The cell is held responsible for attacks against tourists.

Qablan is known to Egyptian authorities. He was sentenced in absentia to life imprisonment in April 2010 for his connexion to a cell affiliated to Hezbollah.

He is still active in the organisation’s “policy of spreading chaos and instability and launching terrorist attacks across the world,” the statement said.

The government also vowed to hunt and ban any supporters of terrorist acts referring to Saudis involved in such acts.

The Saudi interior ministry announced on Wednesday it arrested the authors of the attack launched at a mosque during the Friday prayers.