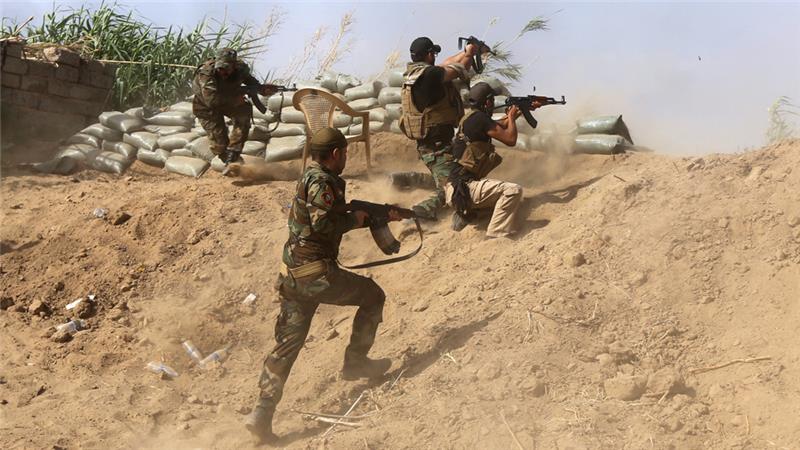 Iraqi and Syrian government forces have launched separately an offensive to drive away militants of the Islamic State of Iraq and the Levant (ISIL) from the cities of Ramadi and Palmyra.

The Iraqi government has beeped up its military forces backed by Shiite militias in an attempt to regain control of Ramadi, the capital of Anbar, Iraq’s largest province.

Last weekend, U.S. Defense Secretary Ashton Carter blamed the Iraqi forces for losing Ramadi, questioning their will to stand up and fight back jihadist combatants.

The US blame and sharp criticism came after the Islamic State fighters captured Ramadi following the withdrawal of Iraqi security forces from the city, leaving behind important and valuable U.S. weapons and military equipment.

In Syria, the Syrian regime air force launched strikes targeting sites captured by ISIL in the historic city of Palmyra, a strategically important area located on the road between the Syrian capital, Damascus, and the eastern city of Deir al-Zour.

Palmyra is also close to oil and gas fields, which can be used by the terrorists.

According to NGOs, ISIL militants have killed hundreds of people since they moved into the historic city of Palmyra. The collapse of Palmyra sparkled serious fears that the Islamic extremist group may start destroying the city’s famous archaeological sites and ancient Greco-Roman ruins as they did in Iraq.

The fall of Ramadi and Palmyra into the hands of ISIL was the terror group’s biggest successes and major military victories since a US-led coalition launched an air war against the extremist organisation last year.