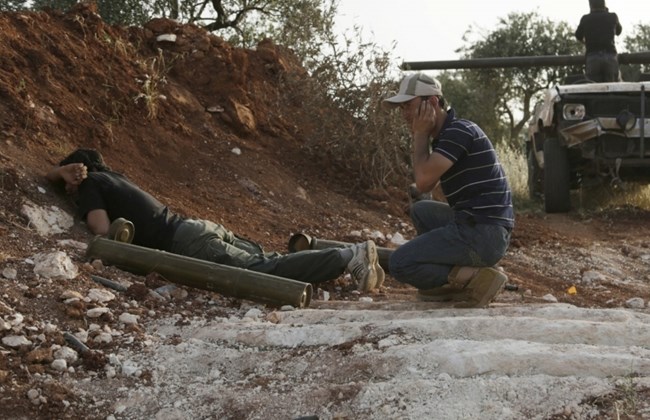 Syrian rebels have taken over the town of al-Mastouma; host to the largest remaining military base in Idlib. The victory over the government forces is a major boost to the opposition fighters but the state television reported that army units at the military base were moved to the northern town Ariha to strengthen defense lines. Al-Mastouma and Ariha are all in the Idlib province.

The victory in al-Mastouma was claimed by the Ahrar al-Sham armed group, one of Syria’s most powerful armed groups, which is part of the Fattah Army coalition that controls most of the province in northwestern Syria. Abu Yazid, a spokesman for Ahrar al-Sham, claimed that government troops in Ariha have started to withdraw.

The Syrian Observatory for Human Rights, a UK-based monitoring group, and numerous activist groups on the ground in Syria have confirmed the entire takeover of al-Mastouma.

The war in Syria is more than four years old and the support of the international community is divided.

Majority of the Western and Arab states are backing the rebels while countries like Iran and Russia have strongly shown their support to Damascus. President Assad on Tuesday hailed the Iranian support as “key pillar in the battle against terrorism” during a meeting with Ali Akbar Velayati, foreign affairs adviser to Iran’s supreme leader.

Velayati, the third Iranian official to visit Damascus in less than a week, described the ties between the two countries as “strategic” and also “one of the essential pillars in confronting Western projects… and the illusions… of certain regional countries.” He said Iran would “continue to support Syria by all means,” adding that “a small world war is being waged against Syria.”

The Syrian war has ravaged the country and forced millions to flee.