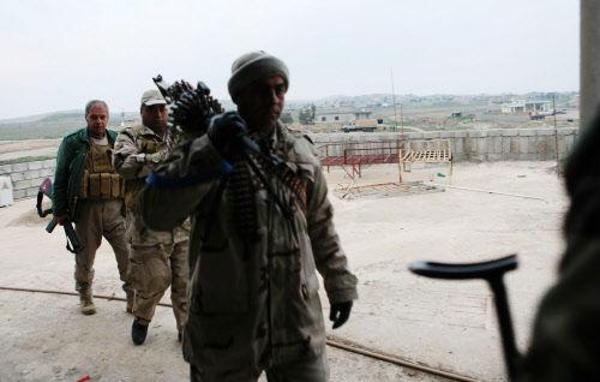 Government troops in Ramadi have fled their positions after days of fighting with militants of the Islamic State. The extremist group has been fighting to control the city since last year but it renewed its zeal in April and carried out major offensives during the weekend. Ramadi is 110 kilometers away from Baghdad.

The city was one of the few places that have been able to contain IS attacks but Muhannad Haimour, spokesman for the governor of Anbar province, confirmed that it was “completely taken” after “gradual deterioration” before adding that “the military is fleeing.”

Prime Minister Haider al Abadi ordered government forces to “hold their positions” and wait for support from the Shia militias. He also called on tribesmen and other elite forces to push the militants out of Ramadi.

A group of Iraqi Special Forces managed to hold out in the Malaab neighborhood but security sources said they pulled out on Sunday after suffering heavy casualties.

Pentagon spokeswoman Maureen Schumann claimed that “it is too early to make definitive statements about the situation on the ground.” She said the United States was “continuing to monitor reports of tough fighting in Ramadi and the situation remains fluid and contested.”

However, a Colonel who was among those who have deserted their posts said IS has “taken full control of all main security bases” in the city. Another officer held-up in fighting in the city’s provincial command center said the militants are “in almost every street” and mortars are “raining down.” Around 500 people are estimated to have died since the fighting began on Friday.

IS announced its victory on a jihadist internet forum.The fall of the desert city will be a major blow to Baghdad and to the U.S-led coalition.