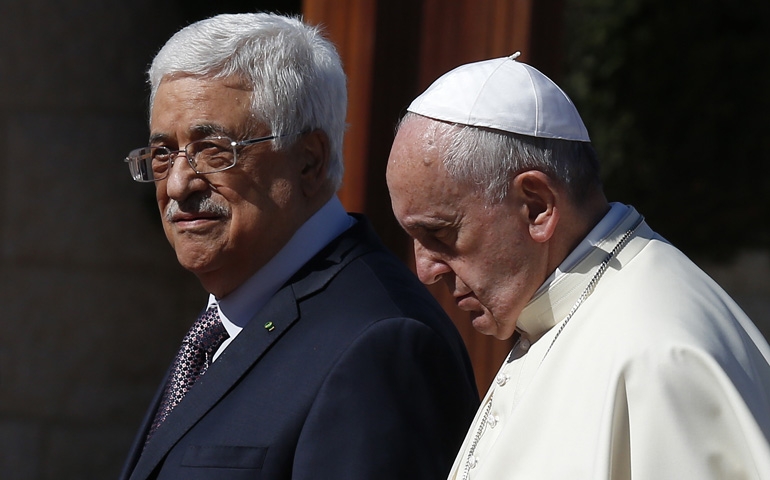 “Yes, it’s a recognition that the state exists,” said the Vatican spokesman, Rev. Federico Lombardi when questioned about the meaning of the finalization of the new treaty concerning the activities of the Catholic Church in Palestinian territory. The Holy See under the Vatican formally recognized Palestine as a state on Wednesday making it the first legal document negotiated between the Holy See and the Palestinian state and constitutes official diplomatic recognition. President Abbas is set to visit the Vatican during the weekend and will meet with Pope Francis.

The Vatican has been referring to the Palestinian territories as the Holy Land but spokesman Lombardi said they had recognized it as a state “ever since it was given recognition by the United Nations and it is already listed as the State of Palestine in our official yearbook.” A resolution recognizing Palestine as an observer non-member state of the U.N was adopted on 29 November 2012 by the U.N General Assembly.

The new treaty will replace the one which was concluded between the Vatican and the Palestine Liberation Organization.

Israel’s foreign ministry said it was “disappointed” by the decision because it “does not promote the peace process and distances the Palestinian leadership from returning to direct and bilateral negotiations.”

A statement from the Vatican hinted that the treaty will be officially signed by the two parties “in the near future” and Vatican’s deputy foreign minister Monsignor Antoine Camilleri said it will help “to enhance the life and activities of the Catholic Church and its recognition at the judicial level.”

Israel has always insisted the armed struggle against it must end and then its right to exist as the homeland of the Jewish people must be recognized for Palestine to achieve statehood.