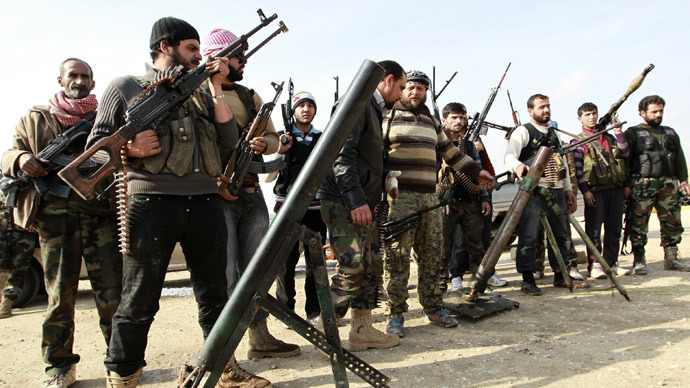 Training of Syrian rebels by the U.S has begun in Jordan after a delay of several months. The rebels are from groups considered by Washington as moderate.

The US defense secretary, Ash Carter, said the trainees will undergo a few month combat training before being sent to fight the Islamic State of Syria and Levant (ISIL.)

U.S plans to train 5000 rebels per year for three years but the number that is currently undergoing training in Jordan is “a company-sized group from the new Syrian forces” Carter stated.

After their graduation, they will be provided with arms. Another training camp is expected to begin this weekend in Turkey. Saudi Arabia and Qatar will each be hosting a training camp.

Carter said the training “program is critical and a complex part of our counter-ISIL efforts” but Reuters claimed that the documents it had seen outlined that it was also part of a strategy to steadily pressure President Assad by systematically increasing the opposition’s military force and territorial control.

More than 3700 rebels have registered for the voluntary training program but only 400 have been screened to join training camps because the U.S is trying to avoid sending to the camps militants of groups that it considers extremist.

Some $500million a year will be spent on the training camps. The rebels will be trained on basic military equipment and skills, including firearms, communications and command and control abilities.

Some Syrian rebel leaders criticize the program because they fear that it will further widen the divisions among rebel groups and make Assad a secondary objective when compared to ISIL. With the recent victories of Islamist groups against pro-Assad forces, US General Martin Dempsey believes that Assad’s “momentum has been slowed.”