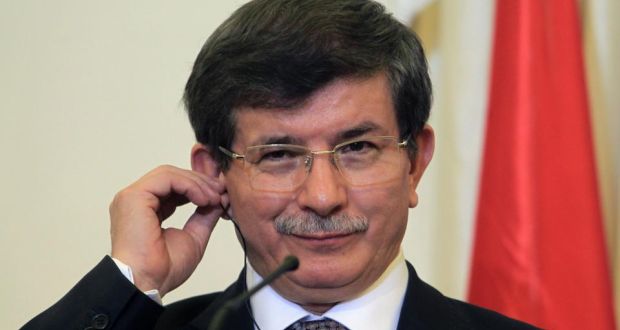 Prime Minister Ahmet Davutoğlu told the General Assembly of the Turkish Union of Chambers and Commodity Exchanges that the government is working towards making the country one of the top 10 biggest global economies by 2023 as it continues to reinforce its potentials and create more opportunities. He said the renewal of the Customs Union agreement with the European Union (EU) by next week will boost trade as the prospects of the conclusion of the Transatlantic Trade and Investment Partnership (TTIP) between the EU and the U.S continue to be positive.

The Turkish prime minister believes that renewing the Customs Union agreement with the EU will give them “more say in transatlantic trade” although Turkey is not part of the EU. If the negotiations between the EU and the U.S do not include Turkey as part of the non-EU countries that could benefit from the TTIP, Turkish exports will not be exempted from tax advantages. However, authorities in Ankara continue to be optimistic.

Describing Turkey as one of the most powerful production centers in the region, Davutoğlu assured Turkish investors that the government will assign an Ambassador to wherever they are active and Turkish Airlines will also operate in the region. He said the ambition of the government is to make Turkey “become one of the 10 biggest economies in the world by 2023 and leave a bright future to the next generations.”

The government also wants to make “Istanbul a global financial center and one of the central cities in the global economy” by further developing the services of Turkish Airlines and increasing airport capacities.

The world’s biggest airport is already under construction in Turkey with a capacity of 150million.