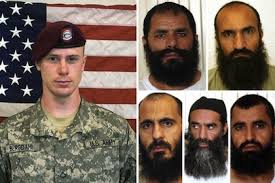 Talks between Qatar and the U.S over the fate of five senior Taliban members transferred from Guantanamo Bay to Doha have begun as the current one-year agreement will expire in May. The five Taliban members are living with their families in Qatar as guests staying in a special compound but their actions are being monitored by officials. It is unclear if Qatar will renew its will to continue hosting them as tensions in the Middle East continue to heighten.

Among them are Mohammed Fazl, a former top Taliban military official, and Khirullah Said Wali Khairkhwa, a former interior minister in the Taliban government that ruled Afghanistan from 1996 until its ouster by U.S. and Afghan forces in 2001. They were released as part of a prisoner swap after Taliban exchanged them for former captive Sgt. Bowe Bergdahl.

U.S republican congressman Mac Thornberry who also serves as the chairman of the House Armed Services Committee described the five Taliban members as “dangerous terrorists” and “should not be allowed to return to Afghanistan.” He criticized the White House for waiting till a month before the expiration of the agreement to begin talks with Qatar. A U.S defense official said at least two of the five were believed to “be interested in returning to the fight.”

A Qatari official under the condition of anonymity said that they are “trying to create an atmosphere for political dialogue” between the Taliban and the U.S and if the renewal of the agreement will help to facilitate it, it will be worth trying. Taliban has been on a spring offensive in the northern province of Kunduz and other parts of Afghanistan.