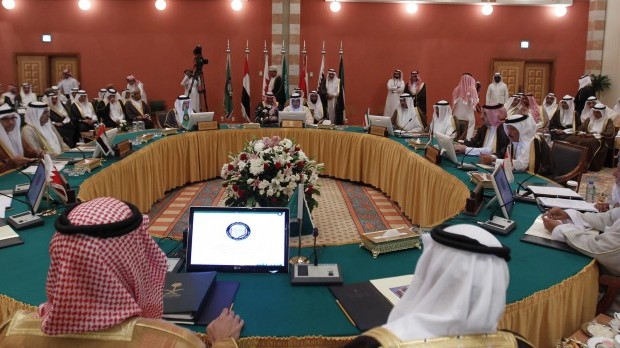 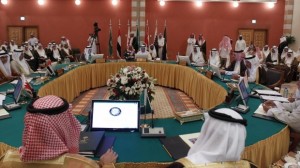 The foreign ministers of the Gulf Cooperation Council met at Riyadh Airbase for a preparatory meeting ahead of the 15th Consultative Meeting of the GCC leaders scheduled to take place on May 5 in Riyadh. The meeting focused on regional issues that will be discussed by the leaders next week and could probably be followed with a declaration.

Qatar’s foreign minister Dr. Khalid bin Mohamed Al Attiyah chaired the meeting and said the military intervention in Yemen is a necessity due to the bloodshed in the country. He said the country was heading towards discord and chaos before Operation Decisive Storm was launched which is now followed by politically oriented Operation Renewal of Hope. The objective of the Saudi-led coalition is to restore Hadi as the legitimate president of Yemen. Minister Attiyah said the GCC is willing to work with partners that want to promote “spirit of national consensus among all Yemeni parties, in addition to backing the legitimate leadership that seeks to realize the aspirations of the people.”

GCC Secretary General Abdullatif Al Zayani said the ministers also ruled out the possibility of holding talks outside of Saudi Arabia and urged “all Yemeni parties and components supporting legitimacy as well as Yemen’s security and stability” to cooperate. The Houthi Movement wants talks to be held in Yemen.

Switching its focus on Iran’s nuclear program, the GCC wants a final agreement to take into consideration the worries of all the countries in the region as it supports the right to use nuclear power for civilian purposes with the hope that the region will continue to be a nuclear-free zone.

Apolitical solution was called for in Syria while the international community was reminded of the stalemate regarding the Israeli-Palestinian conflict.