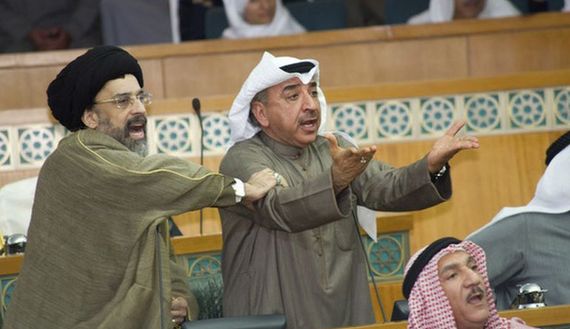 Outspoken Kuwaiti parliamentarian Abdul Hamid Dashti has angered Riyadh for his thoughts in an interview conducted last week with Manar TV. His comments were considered as an insult and the Saudi Arabian embassy in Kuwait has submitted a memorandum to the Kuwaiti Foreign Affairs Ministry for inquiry and prosecution. Manar TV is owned by Hezbollah.

The Kuwaiti parliamentarian is reported to have said during the interview that the Saudi-led military cooperation against the Houthis in Yemen will “destroy all of the Gulf States.” He alleged that Riyadh is posing as a kingdom that is fighting against terrorism even though it supports terrorist groups. Dashti didn’t name the terrorist groups being supported by Saudi but it could be the Syrian rebels fighting against the Assad regime since he has close ties with the authorities in Damascus. Riyadh supports the Syrian rebels fighting to oust Assad.

Dashti known for his criticisms of Saudi Arabian policies recently said in parliament that “the fear being felt in Kuwait is not because of what is happening with Iran or Iraq; no, it is from Saudi Arabia.”

The Embassy wants the parliamentarian to be held responsible for what it considers to be irresponsible statements and for him to be referred to the Public Prosecutor for trial. Reports have claimed that Saudi wants inquiries to include tweets that were directed at the late King Abdullah bin Abdul Aziz and during his mourning period. 25 people are said to be targeted by the investigations.

This is not the first time that Dashti comments attracted regional attention. In January, the Kuwaiti parliament voted to lift his impunity for disciplinary measures because of tweets he posted in September 2014 referring to Bahrain as “invaders.”