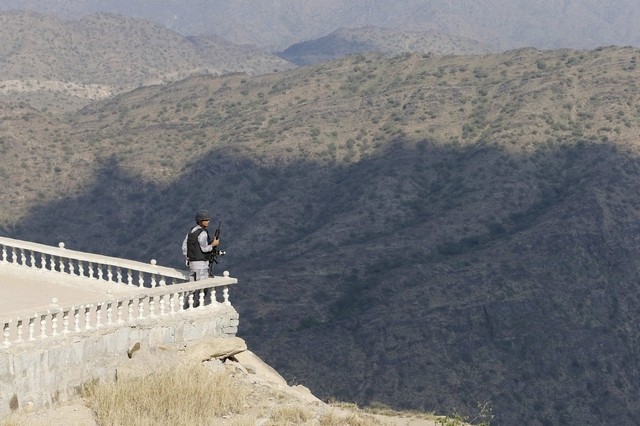 The first major border clashes between the Houthi rebels and Saudi Arabian forces took place on Thursday. This is the first time that the Saudi Arabian defense ministry announces that its forces suffered a full-scale Houthi attack which led to three casualties before repelling the assault. Dozens of Houthis are reported to have been killed.

Although the Saudi-led military coalition announced last week that it was halting its airstrike campaign, it added that it will continue to target the Houthis and their allies when necessary. Fighting seems to be far from over as the Houthis decline to surrender.

Ahmed al-Awgari, a local activist in Aden, told Reuters that there is chaos in the city. “The scene is disastrous, not just in the streets where fighting is going on but inside houses where families are often trapped and terrified.” Explaining the violence, he said that “women and children have been burnt in their homes, civilians have been shot in the streets or blown up by tank fire.”

U.N Security Council imposed an arms embargo on the Houthis and sanctions on those believed to be fuelling the violence. It also urged the Houthis to withdraw from seized territory.

An independent report submitted by a panel of experts to the U.N Security Council last week highlighted that “a pattern of arms shipments to Yemen by sea that can be traced back to at least 2009” according to AFP.

Parties involved in the Yemeni crisis are all calling for peace talks but they disagree on where it should it be held. The Houthi Movement wants it to take place in Yemen, Saudi-backed president Hadi prefers Riyadh while Iran is calling for a neutral ground. Tehran is believed to be supporting the Houthi Movement.