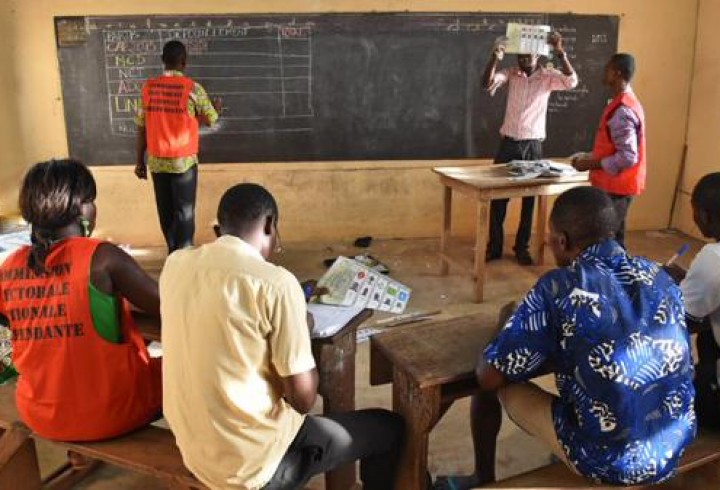 Togo’s incumbent President Faure Gnassingbe is poised to win the presidential elections held on Saturday and will thus run the country for another five years.

Nearly 3.5 million voters went to the polls to elect their new President among the five candidates running for the top position, including incumbent President Gnassingbe. Gnassingbe, leader of the Union for the Republic Party, is running for a third term. He became Togo’s president in 2005 after the death of his Father who had ruled the West African country since 1967.

According to the thousands of local and international observers deployed across the country to monitor the polls, the 8994 polling stations opened and closed at the scheduled time and the counting of votes began. Many voters expressed satisfaction with the two-week electoral campaign that took place peacefully as well as with the voting process that went on smoothly. The whole electoral process was described by some voters as successful and no incidents were reported.

The second frontrunner in Saturday’s polls and Gnassingbe’s main rival, Jean-Pierre Fabre, leader of the National Alliance for Change, also hailed the success of the process.

The official and final results of the polls will not however be known before few days. Yet, observers present the outgoing head of state, Faure Gnassingbe, as the favorite candidate among his four challengers namely opposition leader Jean-Pierre Fabre, Aime Tchabouré Gogué, of the Alliance of Democrats for Integral Development (ADDI), Mouhamed Tchassona-Traoré, president of the Patriotic Movement for Democracy and Development (MCD) and Komandega Gerry Taama from the New Togolese commitment (NET).

The analysts explain Gnassingbe’s odds to win the elections easily by the economic successes achieved by his country since 2010 and by the political and national reconciliation he initiated to dissipate the spate of violence that followed the 2005 elections. He embarked on a set of other reforms to enhance good governance, fight corruption, reduce poverty, improve infrastructures and first and foremost boost economy.

During Gnassingbe’s ten-year tenure, the country has actually recorded a steady growth rate that stood at around 5 percent per year from 2010 to 2014. The poverty rate also fell from 62 percent in 2006 to less than 57 percent in 2014, while the gross domestic product per capita (GDP) increased 101 percent between 2005 and 2014.

The Togolese have therefore every reason to vote for continuity so that their country’s economic recovery and progress continue, an observer said.

The spokesman seemed upbeat that the economic progress achieved by Gnassingbe’s Togo would prompt the Togolese to re-elect him for another term.

There is every indication that Faure Gnassingbe will shortly need, as the new president of Togo, to roll up his sleeves and get to work to carry on all the undertakings he initiated during his previous tenure.