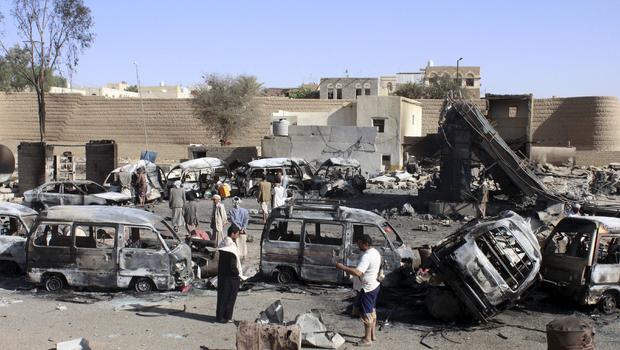 Fighters of Al Qaeda in Yemen have taken control of the city of Mukalla, the capital of the southeast province of Hadramawt, including its airport, as the military unit which was in charge of security at the facility withdrew without resisting.

The Islamist terrorist group has availed the opportunity of the instability and chaos rocking the impoverished country to make its move in Hadramawt.

As the Saudi-led coalition warplanes are pounding the Houthi rebel positions to stop their advance after they ousted elected government, the Yemen-based Al-Qaeda in the Arabian Peninsula has tightened its grip on the largely lawless southeast region of the country.

In the same troubled Hadramawt region, some tribal forces also took over a major oil terminal in Al-Shihr after the withdrawal of the soldiers assigned to protect the site.

Some experts fear that the country might be split again into two parts (south and north) if the Houthi militia, which overthrew the government in a coup in September, refuses to return to the negotiating table despite the airstrikes.

A humanitarian crisis looms over the war-torn country wherein there are shortages of water, food and electricity. So far, it seems that the only people benefiting most from the Yemeni crisis are the terrorists of Al Qaeda in the Arabian Peninsula, who are expanding their presence and operations.

Peace talks were endorsed this week by the UN Security Council which imposed arms embargo on the Houthis and called on Iran not to supply the rebels with weapons.

After all, resuming peace talks would be the only way to avoid Yemen slipping into a prolonged war in a region of great strategic importance for the world superpowers and which is already boiling with extremely dangerous conflicts in Iraq, Syria, Palestine, Lebanon…