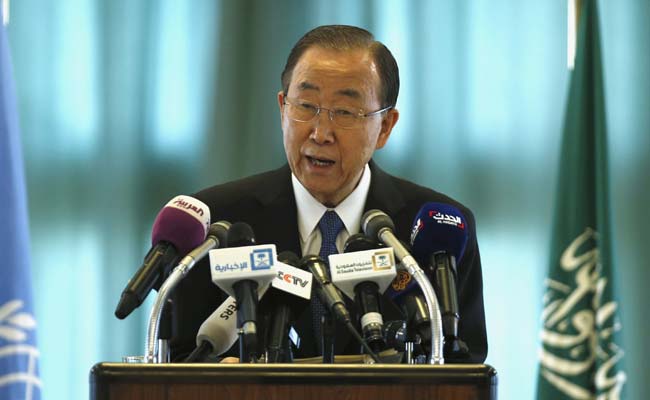 As fighting escalates in Yemen with the possibility of ground operations looming nearer, a spokesman for UN chief Ban Ki-moon announced on Wednesday that special envoy Jamal Benomar “expressed an interest in moving on to another assignment.” Reasons for his decision have not been made public but reports have cited Western diplomats saying that Saudi Arabia and other Gulf nations are unhappy with his handling of the Yemeni crisis with some feeling that he was being too accommodating to the Houthi Movement.

The U.N spokesman said “a successor shall be named in due course” for peace talks to continue and to “get the political transition back on track.” There are speculations that Mauritanian diplomat Ismail Ould Cheikh Ahmed could be his successor. He served as U.N. resident humanitarian and development coordinator in the country from 2012 to 2014.

Before the launching of the Saudi-led military operation, Benomar told the U.N Security Council that none of the fighting parties in Yemen was in a position to claim outright victory.

Meanwhile, it seems as the military operation could soon begin ground operations after Egyptian President Abdel Fattah El Sisi said a joint military committee has been formed to look into a large-scale strategic maneuver on Saudi territory. The coalition’s operation in Yemen has been limited to airstrikes since it started on March 26.

At the beginning of the week, the Security Council imposed an arms embargo on the Houthi Movement and figures believed to be fuelling the conflict.

Saudi refuted Iran’s call for a ceasefire as it strongly believes that it is backing the Houthis but Iranian Foreign Minister Mohammed Javad Zarif said on Wednesday that they have influence with a lot of groups in Yemen, not just the Houthis and the Shia.