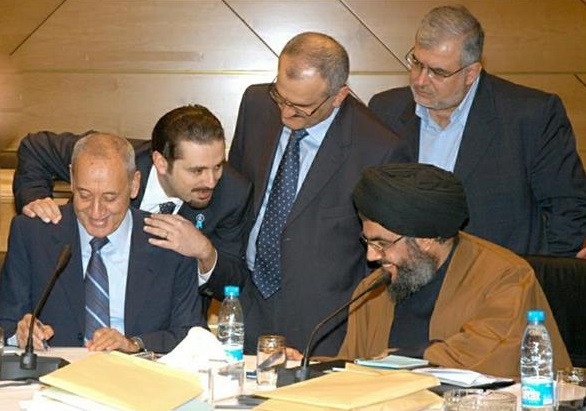 Hezbollah and the Future Movement have met to calm the tension between them due to their diverging views over the Yemeni conflict and the intervention of the Saudi-led military operation. Hezbollah has been criticizing Riyadh for its position in the conflict while Future Movement has been applauding it. The 10th dialogue session held on Tuesday between the two political parties was also an opportunity to discuss security measures geared towards preserving stability.

The dialogue was hailed by the Future Movement parliamentary bloc because it will help to reduce the gap between the two parties as relations have “reached stagnation and lack of progress in several issues.” The bloc said the dialogue was “a necessity” under the current circumstances.

At the end of the session, a released statement stated that the two parties discussed “continuing security measures in all Lebanese areas in order to immunize the domestic scene.” It added that “other topics which interest the Lebanese and some issues related to Syrian refugees” were also part of the agenda. The removal of the Syrian refugees from the northeastern town of Arsal to another locality was also discussed as a part of security measures.

The dialogue was held at Speaker Nabih Berri’s residence who informed the officials that Saudi Ambassador Ali Awad Asiri expressed his country supports the dialogue.