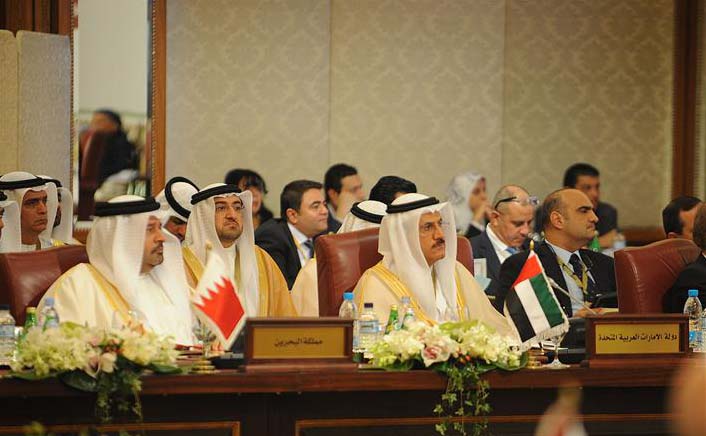 Arab Finance Ministers and Representatives of Arab financial institutes met in Kuwait on Tuesday and adopted a number of decisions aimed at improving the economies of Arab countries through reforms and means of having important roles in global financial and monetary institutions. Some of the steps that were discussed and agreed upon were the need for Arab countries to implement reforms that would improve economic and financial systems as well as their tax systems to boost economic efficiency and justice.

Kuwait’s Acting Prime Minister and Minister of Foreign Affairs Sheikh Sabah Khaled Al-Hamad Al-Sabah underlined the importance of the meeting considering the present economic challenges facing the region. He said cooperation was necessary between them in order to achieve economic and social development objectives while also creating a joint Arab road map. Minister Khaled applauded the efforts of the Gulf Corporation Council (GCC) in providing development funds and Arab financial institutes in funding different projects at regional and international level.

Total contributions of the joint Arab financial institutes reached USD 1.9 billion by the end of 2014 and the portfolio of investment and exports rights reached USD 1.1 billion in the same period, Saudi’s Finance Minster present at the meeting stated.

The delegates at the meeting supported maintaining economic stability after going through papers from the World Bank and the International Monetary Fund (IMF). They pointed out the need for the two organizations to have Arab officials in executive positions and for Arab nations to have more voting powers.

Structural reforms geared towards developing labor markets and capacity building programs to improve economic and social stability were also discussed. The World Bank and IMF have been invited to further accompany countries marred with the Arab Spring with funding and technical support.