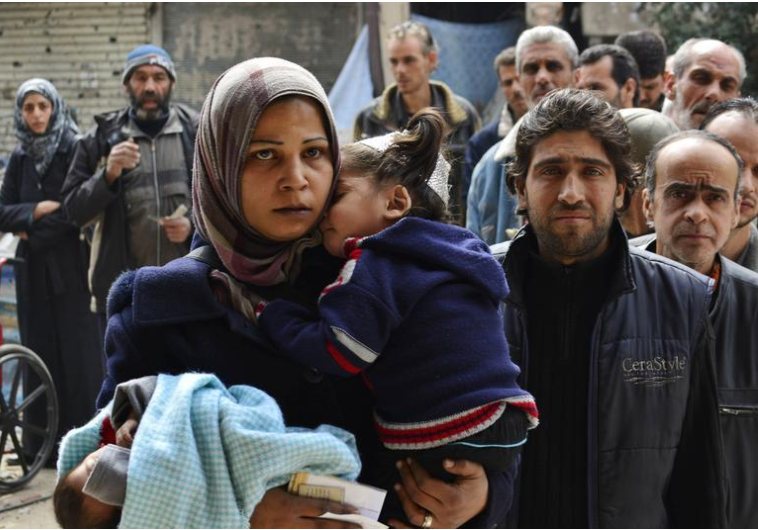 Palestinians are worried about the fighting going in and around the Yarmouk refugee camp believed to be housing around 18000 people. A large part of the refugee camp is under the control of the ISIL and there are reports that the Syrian government dropped barrel bombs in the area targeting them. A Palestinian delegation led by Ahmed Majdalani is heading to Damascus to discuss security and assistance issues regarding the camp.

Yarmouk is one of the biggest refugee camps in Syria and it is strategically located making Majdalani to believe that Islamist militants want to use it “as a springboard for attacks on the Syrian capital Damascus.” No safety corridor has been accorded to the refugees but an estimated 2000 were able to flee the area. The Al-Nusra Front has distanced itself from the attack stating that it is neutral in the affair.

U.N Security Council has called for the protection of civilians and facilitating humanitarian access but the Palestinian ambassador to the UN, Riyad Mansou, wants action to be taken to ensure a safe passage for Palestinians held in the camp. The Palestinian Liberation Organization (PLO) urged all the sides engaged in the fighting at the Yarmouk camp “to immediately agree to protect the camp from efforts to turn it into a battlefield.” Majdalani told AFP that they already have “an Arab and international plan to stop the violence perpetrated against our people.” He met with several officials of some Arab countries since fighting broke out in the camp.

Chris Gunness, a spokesman for the UN agency that supports Palestinian refugees known as UNRWA, lamented during the weekend that the fighting has changed the condition in the camp to “beyond inhumane” and aid has not been able to reach the refugees.