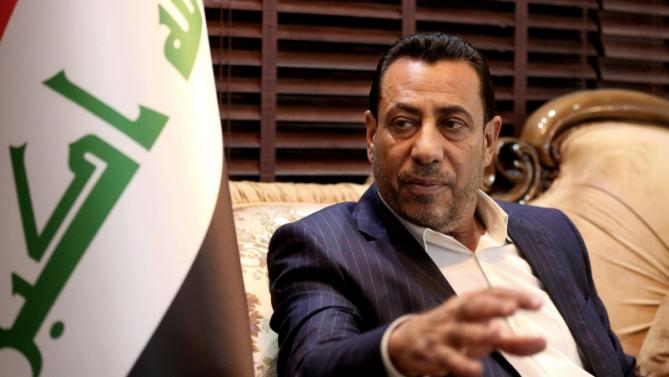 The U.S-led international coalition bombing the Islamic State has been suspected of also intentionally dropping weapons to the militants of extremist group. The allegations were made by a member of the Iraqi parliament Hakim al-Zamili who also serves as the Chairman of the parliament’s Security and Defense Commission. He claimed that he has “tangible evidences” that weapons originating from USA and Israel are being used by the extremist militants despite efforts to bring an end to the extremist group. Zamili is a member of the Sadrist affiliate Ahrar bloc.

Zamili’s claims could be surprising to U.S allies participating in the war but he stressed that he had “proofs” on weapons which were air-lifted and the attacks against the Iraqi army and the Popular Mobilization Forces. Efforts by the coalition forces to drop weapons for the Iraqi military and pro-government voluntary forces has always been criticized by some Iraqi political forces and commanders of the Popular Mobilization Forces because they believe some were attempts to drop arms for ISIS. Zamili stated that the fact that weapons being used by ISIS are either made in USA or Israel backed by their evidences and signals a violation of the international coalition in Iraq.

The Iraqi government’s army has not been able to push back ISIS and needs the support of allies. This week, Ibadi announced that they will cooperate with the Kurdish authorities to fight against ISIS in the northern province of Nineveh.