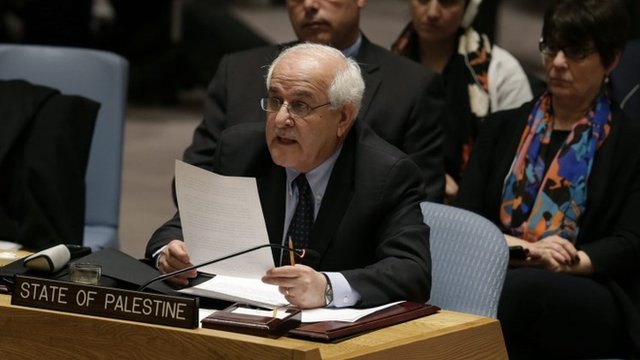 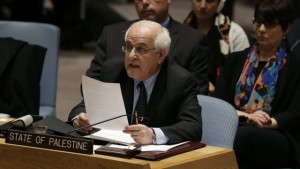 The Arab World is preparing a new resolution draft put the period when it will be submitted to the U.N Security Council has not been decided upon. The Arab ministerial committee responsible for drafting it is Morocco, Kuwait, Palestine and the Arab League Secretary-General Nabil al-Arabi but the team is led by Egypt. The resolution will be hoping to bring an end to the occupation of Palestinian territories by Israel.

Palestinian chief negotiator Saeb Erekat said the committee was meeting in Cairo on Monday and the drafting will take into consideration “international law provisions as they relate to the establishment of a Palestinian state on 1967 borders, with East Jerusalem as its capital” as well as “the release of Palestinian detainees and a resolution of the issue of Palestinian refugees in line with UN Resolution 194.”

Speaking to the press after a meeting, Egyptian Foreign Minister Sameh Shoukry said the meeting to draft a resolution was held in accordance with the directives of the just ended Arab Summit which took place at Sharm el-Sheikh in Egypt. He added that “the optimum means by which the goal of ending Israel’s occupation of Palestinian territories can be realized in light of regional and international efforts aimed at securing the legitimate rights of the Palestinian people” were discussed. He said they are ready to cooperate with bodies willing to strive towards such a goal.

Palestinian Foreign Minister Riyad al-Malki seems to be pleased with the outcome of the meeting as he described it as “positive” and was glad about the attention given by the Arab League to Palestine.

U.S is a strong ally of the United States and has always voted against any resolution aimed at ending the Israeli occupation.