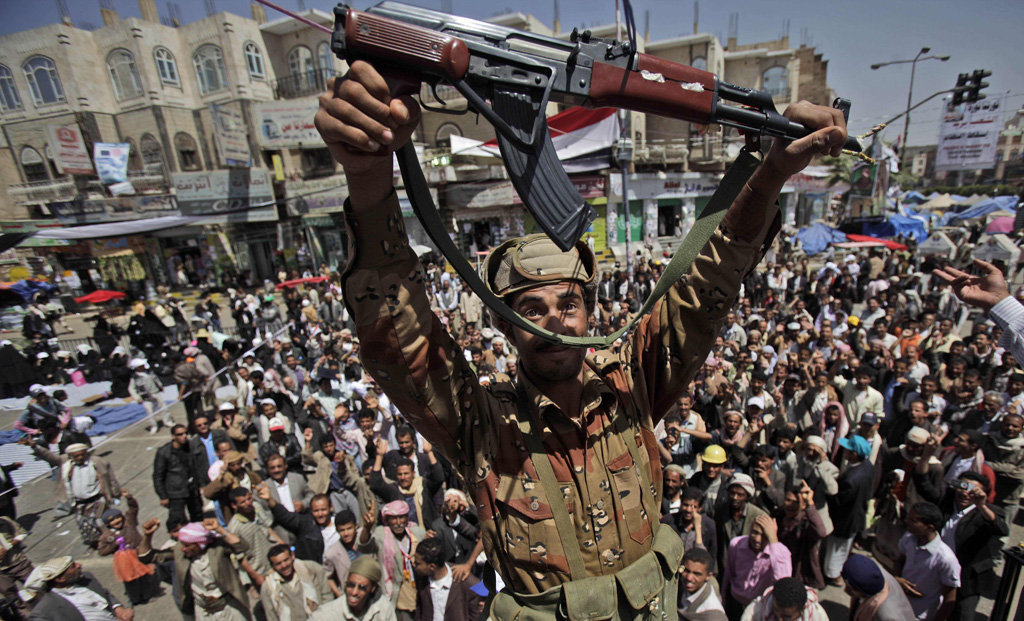 Yemen could officially be considered as a ‘regional war zone’ after a coalition of Arab forces led by Saudi Arabia shelled areas controlled by the Houthi Movement. The Houthis have vowed that they will not surrender after the airstrikes and their leader Abdel-Malek al-Houthi said that will make them cowards after the “despicable aggression.” Airstrikes are reported to have targeted a reception camp of new recruits west of the capital, al-Anad Air Base in Aden, Tariq Air Base in Taiz and bases of ground forces. He said that “all 24 million Yemenis will stand united” to face the aggression.

Meanwhile President Hadi arrived in Riyadh on Thursday from Aden under Saudi protection and will later on proceed to Sharm el-Sheikh in Egypt to attend the Arab Summit on Saturday.

Brigadier Ahmed al-Asiri is the spokesman of the coalition and he stated that deployment of ground forces into Yemen are currently not part of the plan but troops are “ready for all the circumstances” after emphasizing that the military operation will continue “as long as necessary.”

The Houthis are believed to be backed by Iran and Tehran’s Foreign Minister Mohammad Javad Zarif has called for “urgent dialogue” because foreign military action will only lead to “more bloodshed and more deaths.” He said the dialogue should be between Yemenis “without external interference.”

Jeff Rathke, a US State Department spokesman, said the US government “understands the concerns” of Riyadh and it is “supportive of their effort” while President Erdogan of Turkey said “Iran has to understand” that “it is really not possible to tolerate this.”

Chaos in the country is expected to worsen.