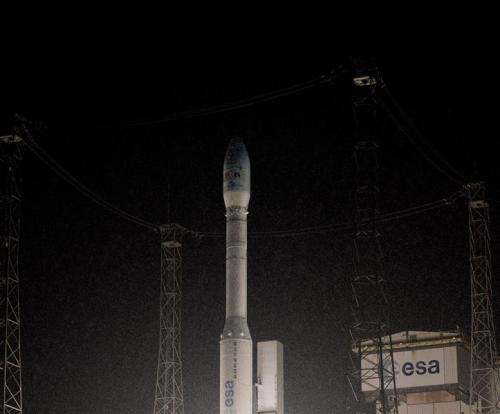 The satellites currently built by Airbus Defense & Space Company and Thales Alenia Space for the United Arab Emirates military will be launched as of 2018 from the Guiana Space Center.

The European Arianespace satellite launch company, which reported the news, said the 1st UAE military satellite will be put into the orbit by the Vega or Soyuz launchers.

These two-high resolution satellites are worth one billion USD. The UAE has already sent into the orbit two commercial satellites thanks to the French help.

The Y1A, the first satellite, was launched in April 2011 from the European Space Center in French Guiana. It was followed by the Y1B launched from the Baikonur Cosmodrome in Kazakhstan. These two satellites are designed to provide commercial communications across the Middle East, Africa, Southwest Asia and Europe.

They are controlled and managed by a team of UAE engineers based in Yahsat control station in Al Falah, Abu Dhabi. Yahsat hopes to acquire space technology tailored to the region’s needs and security challenges. It is a wholly-owned subsidiary of Mubadala Development Company, a state-owned corporation which spearheads the UAE government efforts to develop a home-grown defense industry to counter growing threats from neighboring Iran, suspected of developing a nuclear program, triggering arms race in the region.