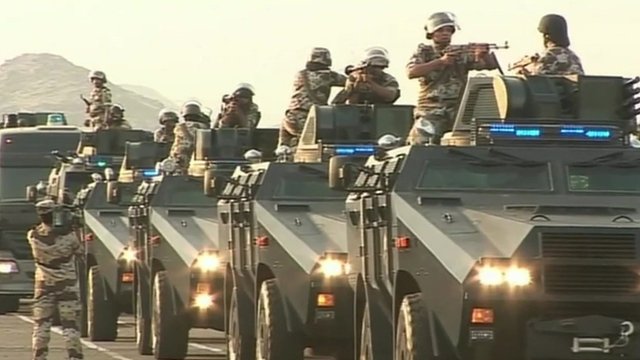 The oil-rich Saudi Kingdom has become the world’s first arms importer in 2014, according to a report released by IHS Jane’s which has affirmed that the international defence commerce rose last year to $ 64.4 billion up from $ 56.8 billion posted in 2013.

Weaponry imports of Saudi Arabia grew 54 percent in 2014 and are expected to rise by 52 percent to $ 9.8 billion in 2015, based on signed deals, the IHS analysts said.

Both the United Arab Emirates and Saudi Arabia have imported 8.6 billion arms, which represent more than what all western European countries have purchased for their defence during the same year. The two golf countries feel threatened by the neighbouring powerful chiite Iranian regime which suspected by world powers of developing a military nuclear program. In 2014, Saudi Arabia spent more than $6.4bn for the purchase of military equipments, says the IHS report.

The United States kept its leading position as the top exporter with arms sales of $23.7bn, ahead of Russia on $10bn. France ranked third with $4.9bn arms sales followed by Britain ($4.1bn) and Germany ($3.5 billion).

According to IHS 2014 report, India is currently the 2nd major arms importer, standing behind China which has become the third largest importer.