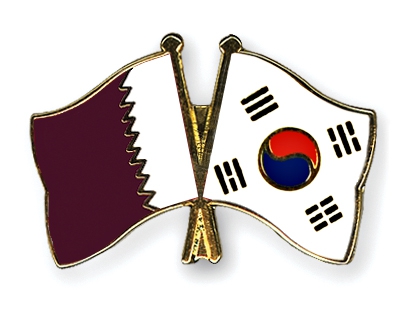 President Park of South Korea tour of the Middle East ended in Qatar where he met with Emir Sheikh al-Thani and most of their discussions focused on trade and investment. Both countries are eyeing to increase and diversify their economic cooperation. South Korea became Qatar’s second trading partner after the 2013 bilateral volume trade reached $27billion. 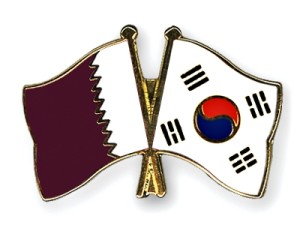 Last year, Emir al-Thani was in South Korea to discover more about investment opportunities in the country and requested for a list of possible investments. Seoul has forwarded 48 projects as possible ventures. Energy and Industry Minister Dr. Mohamed bin Saleh al-Sada said Qatar is striving hard to diversify its sources of income while promoting a sustainable economic development in order to reduce its dependence on its main source of income; hydrocarbons.

Both sides agree that joint ventures will facilitate the penetration of markets. President Park highlighted that they have a very competitive market in manufacturing automobile, shipbuilding and information and technology. She declared that her country is aspiring to become the “the business hub of north eastern Asia through a free trade agreement with China” in a bid to attract more investors. Qatar is already targeting the country’s automobile, shipbuilding, and aviation industry, as well as capital investment through multiple sovereign wealth funds.

There are more than 30 South Korean companies operating in Qatar and joint ventures with Qatari companies surpass 100. Park said Qatar’s economy is “now at a turning point” and they should capitalize on “diversifying the areas of cooperation and enhancing the quality of cooperative relations” in order to open “new opportunities” for their economy. She also hopes that Korean companies will be handed some projects in the build-up to the 2022 FIFA World Cup.