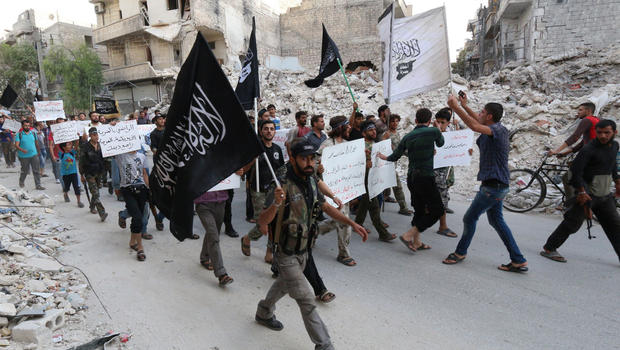 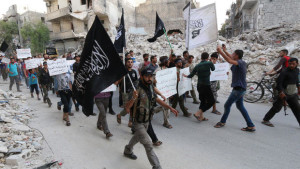 Hazm Movement known as Harakat Hazm in Arabic has disbanded after its main operations center located in Base 46 in Aleppo succumbed to the attacks of Nusra Front, al-Qaeda’s Syrian branch, during the weekend. Hazm was created in January last year by a coalition of a dozen rebel groups from the Free Syrian Army and the movement was among US principal allies on the ground in Syria.

The training of Syrian rebels by the US is to begin in the next few weeks and the fighters of Harakat Hazm formed an important part of the project. They had already received weapons from the US in April to use in combat but Nusra Front has taken over some of the weapons that were left behind after the attack. Syrian Observatory for Human Rights said the group seized around 80 of the US made TOW missiles.

Soufan Group intelligence consultancy said “the collapse of … Hazm means that, in effect, there is no substantial and credible western-backed ‘moderate’ opposition throughout most of Syria” which could further delay hopes of ousting the Assad regime. It added that the “dramatic end to a group openly supported– to some degree – with western military supplies and training” could boost the morale of the Islamist groups as reports claim that many of Hazm’s fighters have joined the Shamiyah Front, a large coalition of extremist groups in Aleppo province.

The major blow was described by a US military official as calculated risks citing that the US is fully aware that “there will be losses of equipment and personnel.” He said the end of the Hazm Movement shows that “that Syria is a fluid battlefield” but coordination with moderate rebels to train about 5,000 Syrian fighters this year will continue.