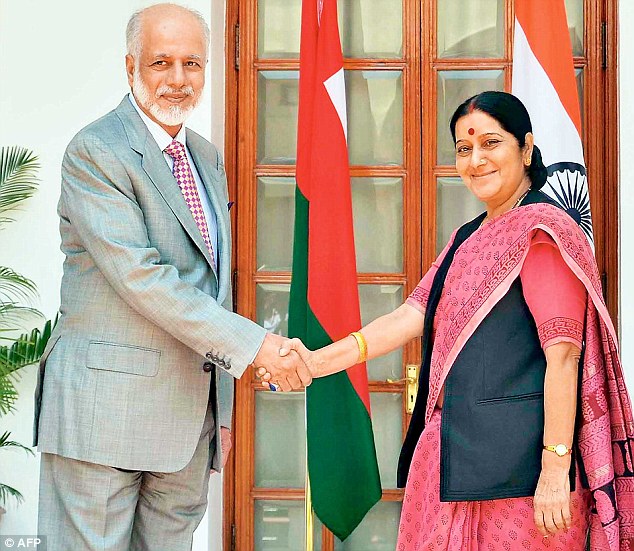 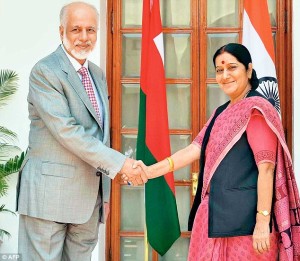 Ways to expand partnership between the two countries were explored during the visit Indian minister of external affairs Sushma Swaraj is paying to the Gulf nation.

Talks focused on bilateral relations, latest developments on the regional and international scenes and other issues of mutual interest.

This is Swaraj’s first visit to Oman and her third trip to the oil-rich Gulf region which hosts around seven million Indian expatriates. India has vital stakes in the security and stability of the Gulf countries which provide two-third of India’s crude oil needs and account for about a quarter of its global trade.

There are more than 700,000 Indians working in Oman in various sectors. They are the largest foreign community in Oman and send back home around $3 billion annually.

Oman is an important trading partner of India in the Gulf, with bilateral trade exceeding $5.7 billion in 2013-14. During the last five years, India’s trade with Oman has been growing steadily, soaring by 125 per cent.

There are more than 1,500 joint ventures set up in both countries. The major ones are the Oman-India fertiliser company in Sur and the Bharat-Oman refineries in Bina in Madhya Pradesh.