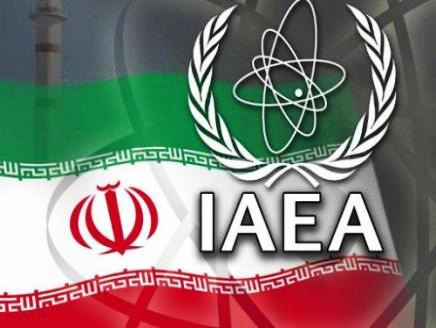 The Director General of the International Atomic Energy Agency (IAEA) Yukiya Amano has stated that “a better understanding” between Iran and the agency has emerged after a meeting with Iran’s top negotiator Abbas Araqchi. A released statement outlined that the talks concentrated on resolving “as soon as possible, all outstanding issues related to Iran’s nuclear program.” Few days ago, a UN report stated that Iran was not cooperating with IAEA and continues to hinder investigations into some aspects of its nuclear program.

After the meeting, Araqchi said cooperation with the agency was reviewed and they have agreed “to move faster and in a better sense” considering “the important role of the agency in any future possible agreement between Iran and the P5+1” although he was quick to add that there was still a “long way to go.”

Talks between Iran and Russia, Britain, China, France, the United States and Germany will resume next week and the European Union’s foreign policy chief Federica Mogherini is confident that a deal is a not far away as she told London based think tank Chatham House that “we cannot miss this opportunity.” She claimed that “a good deal is at hand” but it can only be reached if the parties continue to cooperate like they have been doing. Mogherini added that “a comprehensive agreement would be mutually beneficial for all sides” but it has to be sold “domestically” because “series of internal domestic political dynamics” such as tensions in the US Congress, Israel’s elections and Sunni-Shiite rivalry in the Gulf region could sabotage it.

US Secretary of State John Kerry and Iran’s Foreign Minister Mohammad Javad Zarif held talks in Geneva on Sunday and Monday but there was no concrete outcome.