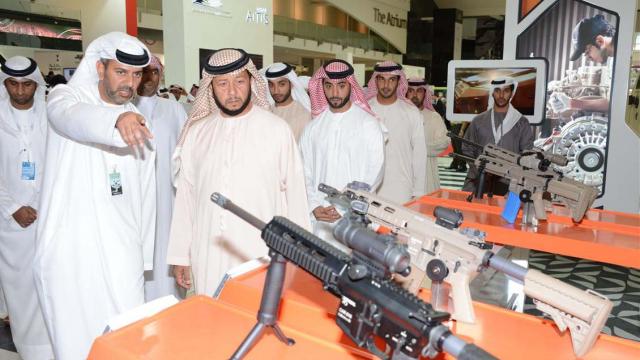 The United Arab Emirates is capitalizing on the ongoing International Defense Exhibition and Conference (IDEX) to modernize its military hardware and increase its defense capabilities. Two days after the opening of IDEX, UAE concluded contracts worth $2.58billion and the amount could still rise as discussions continue with other companies. Despite the fall of oil prices, countries in the Middle East have been increasing their spending due to the threat posed by extremist groups in the region especially from the Islamic State.

Among the deals reached by UAE is the acquisition of satellite systems and related equipment worth $1.02 billion from Airbus and Thales. Details about the satellites were not revealed but it can recalled that UAE announced last year that it has plans to send the first unmanned Arab spaceship to Mars and has since then been investing heavily in space technology.

A spokesman for a major UAE defense organization said that the emirates is considering buying fighter jets and is in talks with both BAE Systems and Dassault Aviation.

The Chief Executive Khaled al- Mazrouei of Abu Dhabi Ship Building Company said the company will be delivering three Baynunah warships to the UAE Navy by 2016. UAE ordered six warships and half of the number has already been delivered. They were built in France but the remaining three will be built entirely in the UAE. The company is expected to deliver the fourth vessel in April and the last two before 2017. Chief Executive Mazrouei has claimed that other states within and outside the Gulf Cooperation Council are also interested in their products.

IDEX is the largest expo of military equipment in the Middle East and will be running from the 22 to the 26 of February.