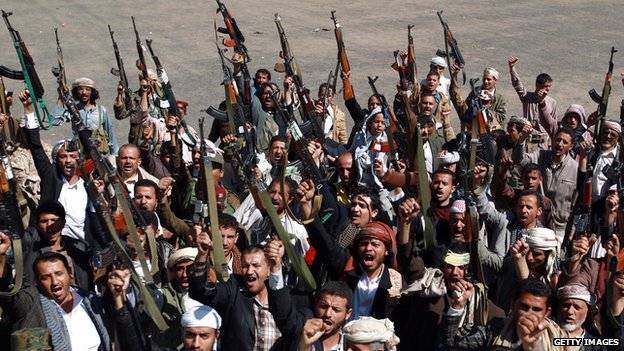 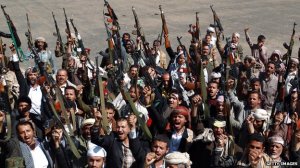 The Shiite Houthi rebels, who are suspected to be supported by Iran, have tightened their grip on the Sunni majority Yemen, taking control of 10 out of 22 provinces of the country.

Last month, the Houthis, also known as the Ansarallah (Supporters of God), a Zaidi Shiite sect, have forced the West-backed President Abed Rabbo Mansour Hadi and his cabinet to step down. They have also dissolved parliament and seized power.

In a show of force displayed in the capital city of Sanaa and following the evacuation of several foreign embassies, the Houthis patrolled the streets armed with Kalashnikov rifles and dressed in military and civilian clothes. They have closed the main roads and drove around in pickup trucks mounted with anti-aircraft guns.

They violently dispersed several scattered protests staged by some political militants opposed to the Houthis. The deteriorating security situation in this country has compelled the United States, Britain and France to close temporarily their embassies and pullout their diplomatic personnel. They have also called on their countries citizens to leave immediately Yemen on the verge of imploding.

The diplomatic missions of many Gulf countries, which backed ousted president Mansour Hadi and opposed the Houthis, have already evacuated their staff.

The social and political turmoil started in Yemen in 2011 with Arab Spring uprising that led to the resignation of long-time ruler Ali Abdullah Saleh and ushered in a political transition process that was expected to result in a democratic system. However, this process failed and was botched up by rivalries for power between the country’s major political actors, tribal politics, sectarian divisions and Al Qaeda.