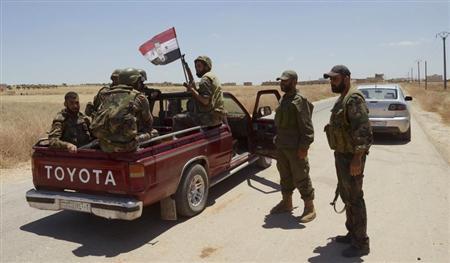 The Director of U.S Defense Intelligence Agency Lt. Gen. Vincent Stewart has warned that Iraq will not be able contain threats from the Islamic State (IS) as the group continues to spread into North Africa. He was quoted by CNN saying that the movement of fighters in and out of Syria and Iraq was “troubling.” Airstrikes have been targeting IS positions since September last year but progress has been slow on the ground. According to Stewart, the extremist group has “affiliates in Algeria, Egypt, Libya” and it is “beginning to assemble a growing international footprint that includes ungoverned and under governed areas.” Recent attacks in Egypt and Libya have been carried out by groups that have pledged allegiance to the Islamic State. Many countries are worried about their citizens that have joined the ISIS because of fears that they might try to impose the group’s ideals when they return. Around 15,000 foreign nationals have fought alongside jihadists in Iraq and Syria since 2011, according to UN estimations.

Iraq’s security forces are being rebuilt and Stewart believes that they will be unable to “defend against external threats or sustain conventional military operations against internal challenges without foreign assistance.” Countries don’t want to send troops to the frontlines and are only willingly to participate in airstrikes and or training of Iraqi forces.

Emerging reports have also stated that some parts of northern and southern Afghanistan are now under IS.

Meanwhile, the extremist group has been condemned by the international community after it released a video purportedly showing the captured Jordanian pilot being burnt alive in a cage. Jordanian TV claimed that he was killed on the 3rd of January.