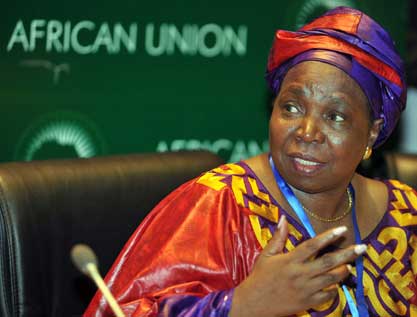 The invitation of Qatar and Turkey to take part in a ministerial meeting of the International Contact Group for Libya (ICG-L) was disapproved by Egypt and Libya prompting them to boycott the meeting. Monitored repots claimed that the two countries were invited by the chair of the Commission of the African Union (AU), Nkosazana Dlamini-Zuma, without consulting other countries. Neither Egypt nor Libya explained the reasons for their absence but it can be recalled that they both have strained diplomatic ties with the two invited countries. ISG-L was formed in late 2014 as part of efforts to find an everlasting political solution to the Libyan conflict.

Turkey has always been at odds with the Sisi government and describes it as an illegal government which came to power through a coup d’état. Cairo doesn’t welcome such remarks. Last year, Ankara sent a minister to meet with the two rival governments in Libya even though the internationally recognized government in Tobruk doesn’t encourage such gestures.

However, ties between Cairo and Doha are less tense after two sides met after Saudi’s mediation.

Qatar and Turkey are known to be supporters of Islamic oriented political groups and were strongly behind the Muslim Brotherhood in Egypt when it was ousted by a military backed coup d’état headed by Sisi.

The war in Libya is believed to be threating the stability of neighboring and regional countries as it continues to serve as a key point for Islamist groups due to the absence of authority and the availability of weapons.