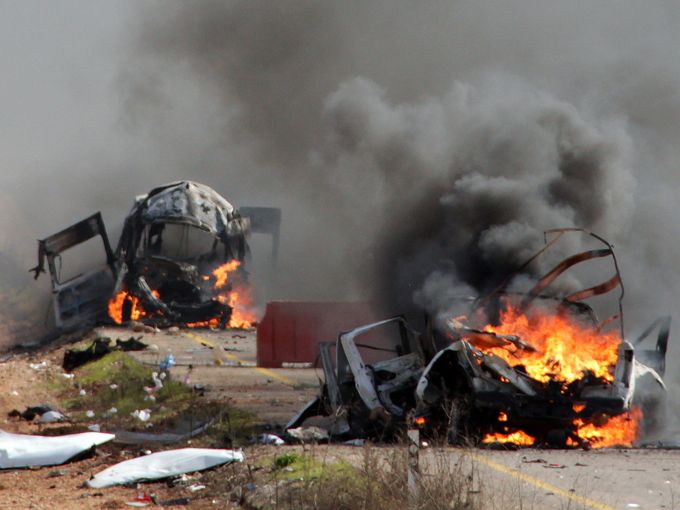 Hezbollah has claimed responsibility of the anti-tank missiles that targeted an Israeli military convoy and said that the operation was carried out by a squad from the “fallen martyrs of the Quneitra brigade.” At least two Israeli soldiers were killed in the attack and several others have been injured. Israel responded with ground and aerial strikes. A Spanish UN peacekeeper was killed in the process. There are fears that fighting will begin and an emergency meeting of the UN Security Council has been called by France to address the situation. Prime Minister Netanyahu has vowed that those behind the attack will pay the full price.

The attack took place along the Mount Dov and the disputed Shebaa Farms border area. Hezbollah says the attack is part of their retaliation to the 18 January airstrike in Syria which killed six of their members. Israel has neither admitted nor denied that it carried out the attack.

Israel’s Ambassador to the UN Ron Prosor addressed a letter to Secretary General Ban Ki-moon stressing that “Israel will not stand by as Hezbollah targets Israelis” and also informed the Security Council in a separate letter that they will take all the necessary measures to defend themselves against Hezbollah.

The Security Council will be meeting in close doors to discuss the situation and Israel wants a condemnation of Hezbollah and its disarmament too. A senior official of the UN peacekeeping team along the Lebanese-Israeli border will give the council a briefing.

Menachem Klein, a political scientist at Bar Ilan University in Tel Aviv, said with elections less than two months away Prime Minister Netanyahu will not fancy an outright confrontation with Hezbollah because the internalized the political lessons of the Gaza war affected his popularity in Israel.