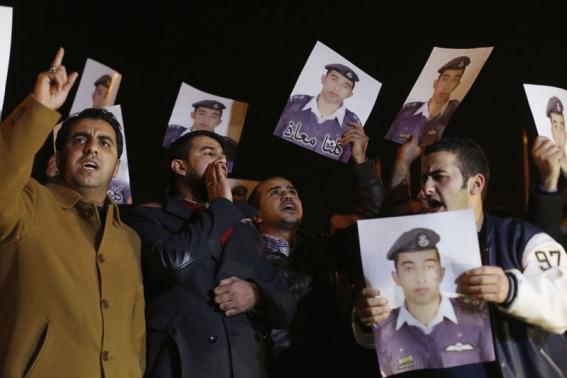 The hostage crisis involving Jordan, Japan and the Islamic State of Iraq and Syria (ISIS) seems to come to an end without the Jordanian pilot who was seized in December by the extremist group not being released. ISIS twitted that they have released Japanese hostage Kenji Goto and claimed that he was on his way to Jordan after Sajida al-Rishawi, who was on a death row in Jordan for attempting a suicide attack in 2005, arrived “in the land of the Caliphate.”

Japan said it was collaborating with Japan to assure the freedom of Goto after ISIS claimed that it has killed Haruna Yukawa, another Japanese hostage. However, Jordan stated that the decision to liberate Rishawi was to assure the release of its pilot, Lieutenant Muath al-Kasaesbeh.

Family members of the pilot have been pressuring the government in Amman to do everything possible to ensure that he comes back home alive. Hundreds of people were in front of the Prime Minister’s office urging the authorities to negotiate with ISIS. Foreign Minister Nasser Judeh said on his official Twitter account that a Jordanian request for proof that the pilot was safe and well had gone unanswered.

With the ISIS claiming that the Rishawi has entered their controlled territory despite the Jordanian government spokesman Mohammad al-Momani stating on national television that she will only be released if their pilot is not released and his life spared. Tensions could rise between the family and the government because only the release of the Japanese hostage has been confirmed by ISIS. Pilot Kasaesbeh is from an important Jordanian tribe that forms the backbone of support for the Hashemite monarchy.