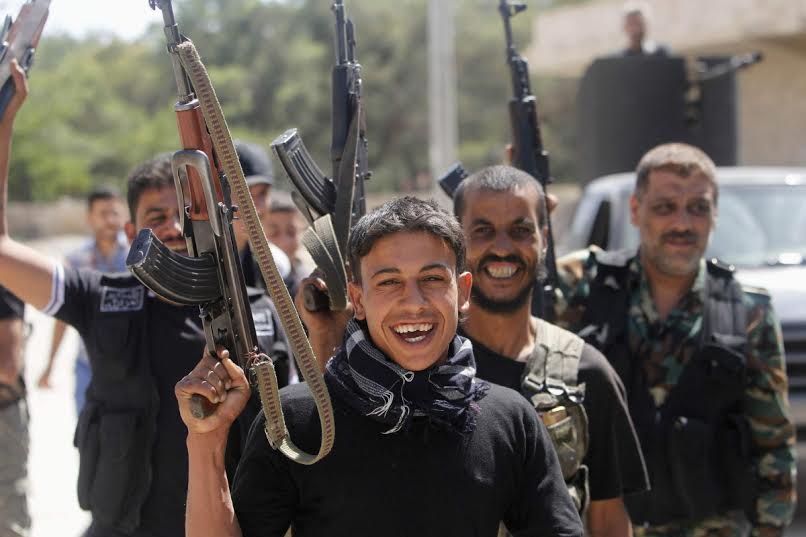 Washington has given a $6million grant to the Syrian National Coalition (SNC) to boost their activities in their controlled areas. The financial help was not welcomed by some politicians in the U.S who are afraid that some of the amount will find its way to the Islamic State of Iraq and Syria (ISIS). SNC said the money will not be spent on the operations and up-keeping of the coalition’s administration but on “areas liberated by the moderate Syrian opposition.” The U.S is also planning to train thousands of SNC rebels to takeover ISIS areas.

This is the first time that a direct financial support to the rebel group is being announced. SNC enjoys the recognition of Western countries as the representative of the Syrian opposition. An agreement with US AID to help in the disbursement of the grant has been reached. $4.4million will be spent on reconstruction and the purchase of heavy equipment that includes generators, water pumps and tankers while the rest will go to capitalizing local governance in rebel-controlled areas and for emergency aid response, including food baskets and assistance to bakeries. The provinces of Aleppo and Idlib will get the lion share of the grant.

Critics of the SNC have always stated that the leaders of the group are based in Turkey and Qatar and thereby know little of the realities on the ground.

The grant came a week after US Army Major General Michael Nagata had a meeting in Turkey with rebel forces loyal to SNC. The U.S will train and equip them. Former US Congressman Ron Paul didn’t welcome the idea of arming the rebels because weapons given to them by Washington and its allies are identical to those with the ISIS is possessing in significant quantities.