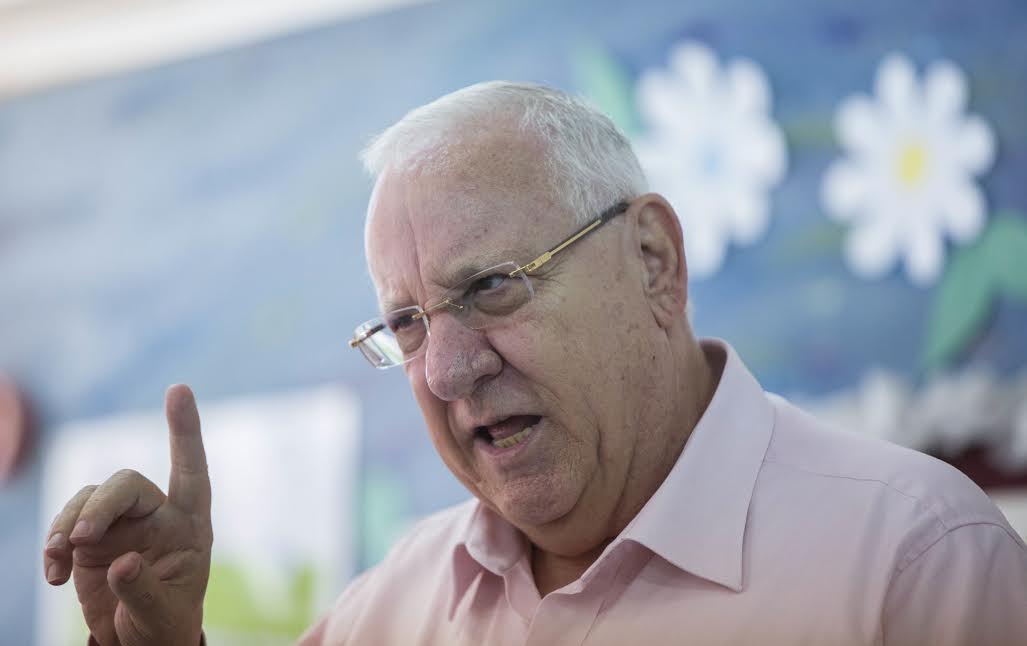 President Rivlin of Israel is discouraging Palestinians from taking their differences with the Jewish state to the International Criminal Court (ICC) because it is not the solution to the Israeli-Palestinian conflict. Tel Aviv has already started lobbying for countries to stop funding the ICC because its existence can’t be justified. ICC announced on Friday that it will independently investigate crimes that occurred within the Palestinian territories.

During a meeting with a delegation of U.S Senators, Rivlin sent a message to President Abbas as he said that “there is no other way than direct negotiations.” He said “unilateral steps” will only “give more power to the extremists” and urged Abbas to review his plan. “Instead of going to The Hague or to the United Nations, come to Jerusalem. Come to talk directly to the Israeli government and people,” he proposed.

Talks between Palestinians and Israelis have been unable to end the crisis. It has been nine months since they last held negotiations. Palestine’s failure to get a Security Council resolution setting the deadline for the withdrawal of Israeli troops on Palestinian territories in December forced Abbas to join the ICC whose prosecutors have announced that they would examine “in full independence and impartiality” crimes that may have occurred since June 13, 2014. The 50-day Hamas-Israeli war took place from July to August 2014.

On Sunday, foreign minister Avigdor Lieberman told Israel Radio that they are working towards cutting the financial support of the ICC. “We will demand of our friends in Canada, in Australia and in Germany simply to stop funding it” because it is “a political body” and “there is no justification for this body’s existence.” Israel and its closes ally, the United States, are not members of ICC.