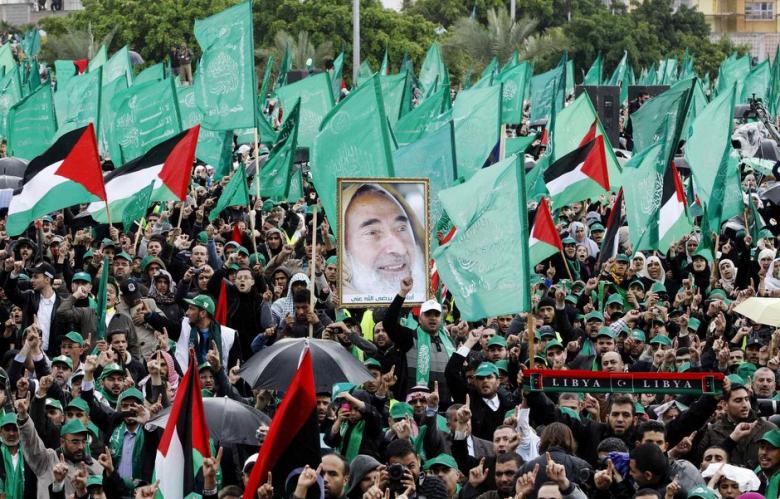 Palestine’s Unity government has been challenged by the parliamentarians from Hamas by holding a meeting and being very critical of the Unity government led by President Abbas. Senior leader of Hamas, Mahmoud Zahar, has labeled the government as a failure. Hamas and Fatah have been at odds despite agreeing to form a Unity government ahead of general elections to be held last year. It didn’t take place. The meeting is believed to have been motivated by the failure to get enough votes at the United Nations Security Council for a resolution fixing a deadline for the withdrawal of Israeli troops in Palestine. Tensions between Hamas and Fatah have continued even after the formation of the Unity government last year.

Hamas holds 78 of the Palestinian parliament’s 132 seats, and 25 of its MPs live in the Gaza Strip. 20 non-Hamas MPs living in Gaza were absent at the meeting.

Hamas MP Salah Al Bardaweel, said “neither the president nor anyone else can forbid parliament from meeting.” Another member of the parliament from Hamas, Yahya Moussa, said “Abbas and his government are committing a crime against Gaza workers” after hundreds of Hamas employees started a sit-in at the headquarters of the Unity government in Gaza on Tuesday.

They are unwillingly to leave unless they are paid their salaries.

When Hamas took over Gaza in 2007, it replaced the 70,000 Fatah employees with 50,000 Hamas civil servants. After the establishment of a unity government, Hamas urged it to immediately pay their salaries. Partial payments of $1,200 each were made to 24,000 civil servants and the remainder, working in security functions, has been sidelined.

Zahar highlighted that the meeting sends “a clear message. Either the government must take up its responsibilities or resign.”