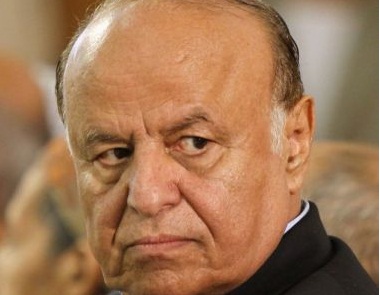 President Abd Rabbuh Mansur Hadi has refuted claims that his country is an exporter of terrorism after the one of the three Paris attackers is said to have received training from al-Qaeda in the Arabian Peninsula (AQAP) in Yemen. Hadi told French Ambassador Jean-Marc Grosgurin that Yemen is a victim of terror and has been suffering under it since 1998. He said that the day 17people died from the Paris attacks, Yemen registered 40 casualties in a car bombing that targeted would-be police recruits in Sana’a. The president showed solidarity with France but stressed that “terrorism does not draw a distinction between one country and another… or one religion and another.” According to Cherif his bother Said who was killed by the police was acting under the commands of AQAP before the attack. Security sources claim he was with the group in 2011 to receive training.

AQAP was formed in 2009 as a merger of the Yemeni and Saudi branches of al-Qaeda. The U.S terms it as the most dangerous branch of al-Qaeda. President Haidi affirmed that “Yemen has suffered greatly from the terrorism exported to it from abroad, and is not, as some say, an exporter of terror.”

France has braced itself for more attacks by deploying thousands of security forces around the country and in the streets after senior AQAP official, Harith al-Nadhari, promised more attacks.

The U.S has been fighting terrorist groups in Yemen for a couple of years. The country has experienced an escalation of violence since 2012 which has made it a difficult terrain to fight terrorism. The government’s authority is being challenged by tribal armed groups controlling certain territories of the county.