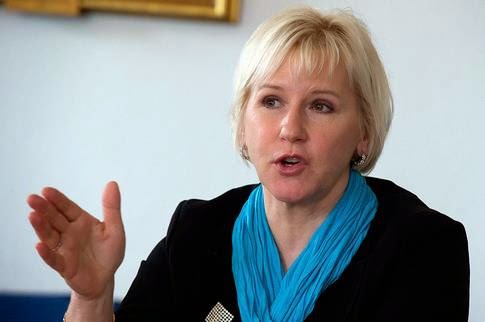 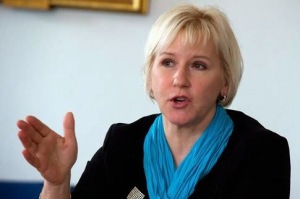 Swedish Foreign Minister Margot Wallstrom called off her January visit to Israel as diplomatic ties between the two countries slowly heats up after the recognition of Palestine as a state. Before postponing her visit, Sweden’s request for a meeting with Prime Minister Netanyahu was turned down.

The announcement is closely linked to his Israeli counterpart Avigdor Lieberman saying that he will boycott her visit. Lieberman has criticized Sweden of abandoning the Jewish state as European countries abandoned Czechoslovakia in 1938 when it decided to recognize the State of Palestine. Sweden was among the first European countries to do so.

The motive of Wallstrom visit was to attend a memorial service for a Swedish diplomat who sheltered Jews during WWII. The event is expected to go ahead in her absence although a spokesperson of the Ministry in Stockholm said the trip would be rescheduled but failed to give a date.

Lieberman has questioned Sweden’s knowledge and foreign policies in the Middle East after the Palestinian recognition. He claimed that Middle East relations are “more complicated than self-assembled furniture from Ikea.” In a reply to Lieberman, Walltrom said she was willing to send him a self-assembly package from the company in order for him realize that “it demands a partner, cooperation and a good instruction manual” to assemble one.

Since the Swedish move, parliaments in France and Great Britain have also voted in favor of a non-binding recognition of the State of Palestine. The 50-day war between Hamas and Israel during the 2014 summer has influenced the opinion of the international community in the Israeli-Palestinian conflict.