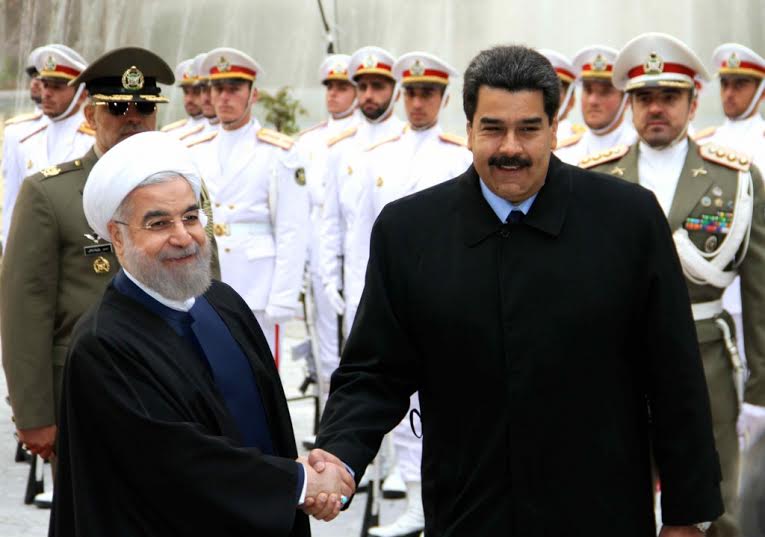 Iranian President, Hassan Rouhani, has divided the Organization of the Petroleum Exporting Countries (OPEC) into two categories: those that are for or against a reasonable oil price. He said countries that support an increase in prices can “neutralize” the threat that they are facing. Prices have reduced by almost 50%, within six months, raising the eyebrows of economies depending on oil. He made these remarks during the one day visit of President Nicolas Maduro of Venezuela to the country in the weekend. Iran’s present budget was based on an oil price of $100, leaving a big shortfall in recent months but the budget revealed in December has pegged prices at $70 per barrel. Oil prices are fluctuating a little above $50.

Rouhani was quoted saying that “without doubt, cooperation of countries that are on the same line in OPEC can neutralize the plans of some powers that are against OPEC, stabilizing a reasonable price for oil in 2015.” Saudi Arabia is against cutting down supply and has vowed that it is determined to continue its level of exportations irrespective of the global prices.

Maduro also met with supreme leader, Ayatollah Ali Khamenei, who also lambasted the policy of certain members of OPEC. Khamenei concluded that the strange fall of oil prices within a short period of time “can only be a political act” led by the “our enemies” whom he accused of using “petrol as a political lever.”

Maduro has called for “cooperation of oil exporting countries to bring back stability.” Venezuela has the world’s largest oil reserves but inflation and shortages of basic goods are taking their toll on the country.

Iran is hoping to use Venezuela as gateway for its goods and services into Latin America.