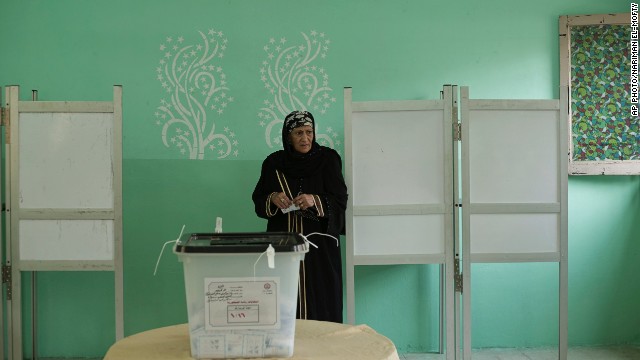 After more than two years without a parliament, Egyptians will finally be heading to the polls in March to elect lawmakers. Egypt’s last parliament was dissolved by a court ruling based on a technicality in 2012. President Abdel-Fattah El-Sissi has been exercising legislative powers since his election in June 2013. The chief of the Supreme Election Committee, Ayman Abbas, said voting will take place in phases. The country has almost 54 million eligible voters.

The elections were delayed because of reforms targeting the composition of the parliament. The Muslim Brotherhood which won majority of the seats in the parliamentary elections in 2012 will not be taking part after being classified as a terrorist organization.

The announcement made by Abbas did not mention when the registration of candidates will begin but outlined that the first phase of balloting will be held in 14 provinces, over three days, by 21 March before moving on to the remaining 13 provinces on April 25.

Politicians of the Mubarak era are expected to make a comeback as they are being supported by powerful business networks while youth groups that spearheaded the uprising against Mubarak have been decimated amid a wider crackdown on dissent.

The election of the parliament will be an important step in the country’s turbulent transition since 2011. Mohammed Morsi was elected in the country’s first free and fair elections but his presidency lasted only for a year before El-Sissi led a coup d’état against his government. Clashes between supporters of the Muslim Brotherhood and security forces have left hundreds of people dead and thousands lingering behind bars. Bomb attacks have also increased especially towards security forces.