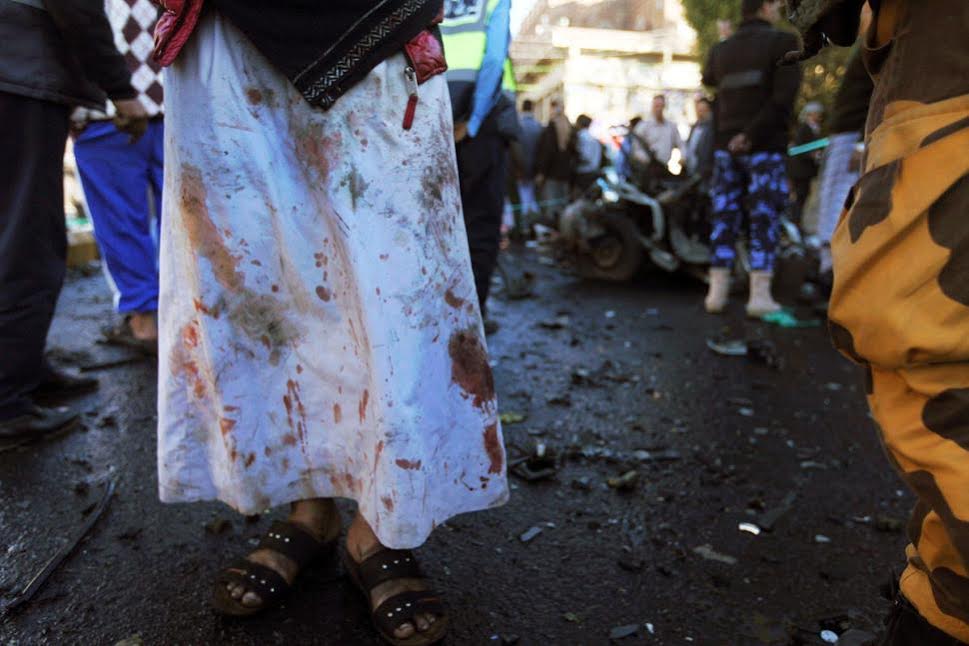 A suicide bomber driving a minibus killed at least 35 people as cadets gathered to enroll at a police academy in the heart of Yemen’s capital, Sana’a. None of the armed groups in the country has claimed responsibility. Bomb attacks during the annual police recruitment are becoming a regular feature in a country where tensions between tribal groups are high.

Eye witness said the explosion sent bodies into the air. A paramedic said bodies were lying on top of each other when they arrived and described the scene as “catastrophic.” The health ministry said 64 people have been injured.

Most of the victims were cadets who were waiting outside the police college to enroll. The attack has forced the Interior Ministry to stop the registration process which is often carried out for a week.

The attack has been condemned by the international community. The U.S embassy in the country accused terror groups operating in Yemen for the attack and blamed them for their “nihilistic vision and depravity.”

The rise of violence in Yemen has been of a major concern to countries in the region. The U.S and Yemeni forces are fighting against Al-Qaeda in the Arabian Peninsula; a group that continues to be one of the most vibrant groups in the country. Its militants have entrenched themselves in largely lawless parts of the Arabian Peninsula country, among sympathetic Sunni tribes, thereby making advances of government forces difficult.

President Abed Rabbo Mansour Hadi’s government in Sana’a is being challenged by the Houthi shite rebels who are controlling certain parts of the capital. They want a greater say in the political affairs of the country.

Secessionists in the south are also calling for independence.