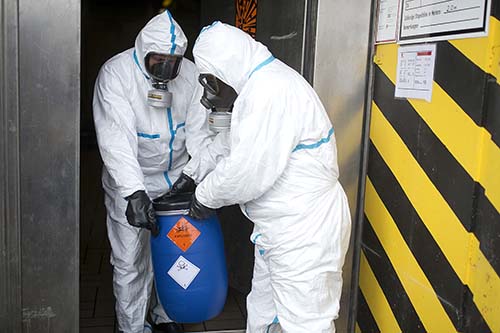 The report on the findings of chemical use in Syria has been leaked ahead of its release. President Assad’s forces have been accused of using chemical weapons against the population in rebel controlled areas; Damascus denies it. The report is based on the discoveries of a fact-finding mission of the Organization for the Prohibition of Chemical Weapons (OPCW). The organization had a briefing session with the U.N Security Council on Tuesday. The effort to eliminate Syria’s chemical weapons program was launched after a sarin gas attack on August 21, 2013 killed hundreds of civilians in the Damascus suburb of Ghouta. The government and rebel forces both hold each other responsible. The fact finding mission was centered on two villages in Idlib and one in Hama. A high degree of certainty of chlorine gas attacks surrounds these three villages.

The latest report is said to be consistent with the two previous reports of fact finding missions in the country although it is considered as the most detailed. The report however stopped short of determining which side used chemical weapons on the population.

U.S Ambassador to the U.N Samantha Power has already concluded that Pro-Assad forces where behind the attack. She tweeted shortly after a closed-door meeting of the U.N Security Council on the developments on Syria that “32 witnesses saw or heard sound of helicopters as bombs struck; 29 smelled chlorine. Only Syrian regime use helos.” The report was presented by the OPCW during the meeting.

The report has cited eye witnesses claiming that they heard helicopters before attacks of barrel bombs with toxic chemicals. Syria only became a member of OPCW after threats of military intervention from the U.S when the chemical attacks were reported. It has never admitted using it.