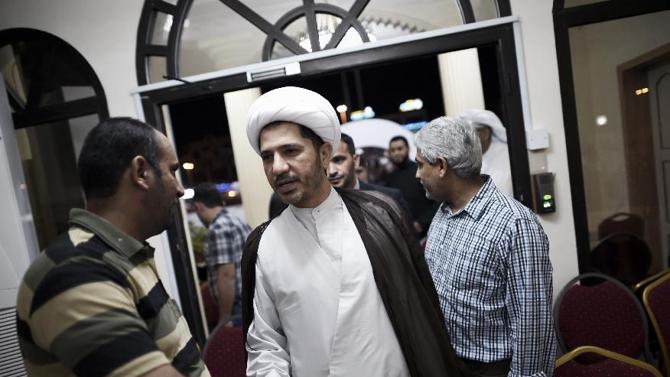 Sheikh Ali Salman, the leader of al-Wefaq, Bahrain’s main opposition party, has been arrested after being interrogated at the Interior Ministry.  His arrest is being linked to the Friday protests against the parliamentary elections held in November. Al-Wefaq boycotted the elections which led to its banning by the authorities.

Information from the Interior Ministry pointed out that Salman was interrogated by the General Directorate of Criminal Investigation with regards to “violating certain aspects of law.” A released statement from the same department said “legal procedures are now being finalized ahead of referring the case to the Public Prosecution.” Reports have also linked Ali Salman’s arrest to the ban imposed on his party.

Formed in 2002, Al-Wefaq is considered by the authorities as a Shia political party which contests the rule of the Sunni minority in the Kingdom. Protests by the Shias against government policies have been ongoing since 2011.

Salman’s lawyer said the leader of Al-Wefaq is being charged for inciting hatred against the regime, calling for its overthrow by force and inciting the youth to revolt. Salman was at the Friday protests held in the capital by thousands of Shia Muslims demanding the dismissal of government and parliament. The Interior Ministry pegged the number of protesters at 2000 and claimed that “violations” have been recorded.

Al-Wefaq has released a statement calling for the release of its leader and described his arrest as “a perilous and arbitrary adventure.” 49-year-old Salman secured a fourth term as head of the opposition group at its general congress on Friday. The release warned that failure to free him “will seriously complicate the political and security scene in Bahrain.”

Bomb attacks on security forces are slowly rising in Bahrain.