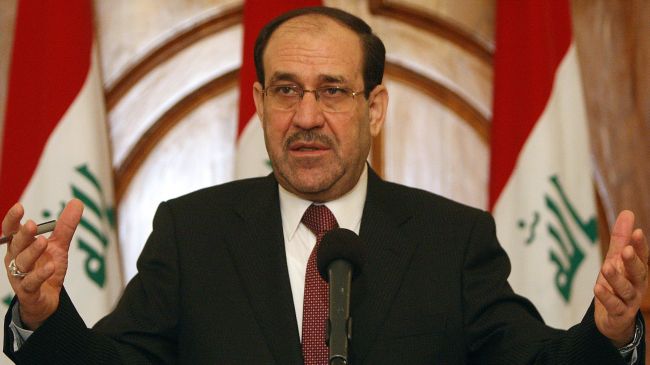 Iraq is frowning at Saudi Arabia’s persistence to maintain the global oil supply rate as oil prices continue to fall. Vice President Nuri al-Maliki said Riyadh’s foreign policy which uses oil as a weapon has dragged Iraq into financial crisis. Oil rich Saudi Arabia has stressed its resolve to maintain its stance irrespective of the oil prices and has recently announced that it will increase spendings in 2015.

Maliki said at a televised interview that “Saudi Arabia has followed a certain oil policy against Iran and Russia in order to damage their economy” but the policy has also led to “a negative impact on the Iraqi economy.”

Saudi Arabia is at odds with these countries over war in Syria and the Iranian nuclear program.

Maliki lamented that Baghdad is facing serious challenges because the country “now suffers a severe financial crisis that inflicted the financial budget a large deficit.”

Oil prices have gone below $50 a barrel whereas many oil producing countries based their budgets on higher oil revenues. Countries such as Russia have been affected by the low prices because their currency is tied to the global oil price.

Oil dependent economies could be forced to take drastic measures to stabilize their budget. Vice President Maliki said the government will have to use its reserves to balance the budget and could borrow $60 to70 million in the form of insurances from the Central Bank.