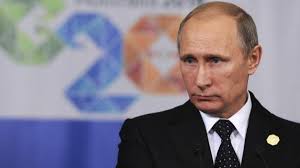 Foreign Minister Walid Moallem has hailed the Russian efforts to end the ongoing 3year old war as a delegation of Syrian dissidents, tolerated by President Bashar al-Assad, head to Moscow for talks with Deputy Foreign Minister Mikhail Bogdanov. Government members also discussed a new peace process there. There are also ongoing UN efforts for a ceasefire deal in order to distribute humanitarian aid to areas heavily affected by the fighting. Minister Moallem is currently in Iran where he had a meeting with his Iranian homologue Mohammad Javad Zarif. The Syrian minster told reporters at a joint press conference after the meeting that Iran’s support of the talks in Russia will enable the country to attain a political solution. Although Zarif said Iran has always supported a political solution without destructive foreign intervention since the beginning of the fighting. Iran has admitted sending military advisers to Damascus to help its fight against the rebels. Zarif urged all the Syrians to be present I order to make the talks fruitful.

The talks in Russia will focus on finding a political solution and determining the active role that can be played by the Assad’s opponents based in the country.

Fighting between the pro-government forces and the rebels hasn’t shown any clear sign of a losing side. U.N. envoy to Syria Staffan De Mistura is trying to persuade the different sides engaged in the war to suspend their activities in order to begin peace talks and to facilitate the delivery of aid to the needy. Assad said the plan was worth considering last month.

Minister Moallem said both countries share similar concerns about terrorism in the region especially with the rise of the Islamic State.