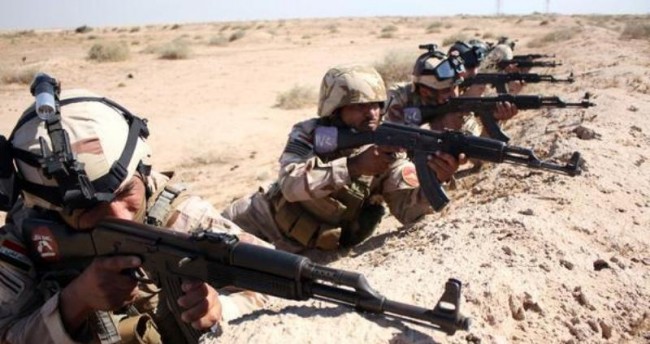 Iraqi forces are preparing to launch an offensive on the militants of the Islamic State (IS) as early as this winter although previous plans stated that ground attack could happen no earlier than next spring. The airstrikes carried out by the US-led coalition forces is believed to have weakened IS but taking over the strategic and important town of Mosul is considered to be the most difficult battle awaiting the government. A senior defense official at the U.S. Central Command under the condition of anonymity said a reorganization of the disorganized Iraqi army and a confidence boost of the security forces as the IS militants retreat shortened the calendar. The centerpiece of the offensive will be taking over the country’s second largest city, Mosul, which fell to the hands of the IS in June when the Iraqi forces fled leaving behind tanks, artillery and other equipment.

However, in a country heavily divided by sectarian lines, the Shia dominated government will need the cooperation of the Mosul local police force and the Kurdish forces to overcome IS. The local force is mainly composed of Sunnis.

Pentagon will be sending 3,000 U.S. troops but they will only be tasked with securing U.S. facilities, protect Americans and advise Iraq’s military on ways to rebuild its forces and combat the IS. They will not be involved in direct combat but Pentagon press secretary John Kirby told reporters recently that the U.S is completely ready to give aerial support. He stated that Mosul will be and must be by design a decisive campaign objective.

Ahead of the winter offensive, Prime Minister Haider al-Abadi has been trying to get Sunnis support in the fight against IS. A lot of corrupt and ineffective security officials have also been retired.