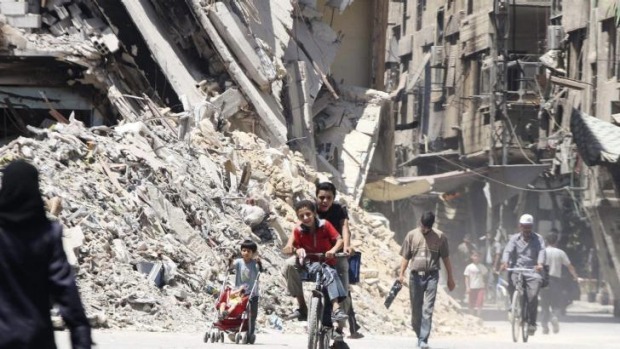 The United Nations Organization has accused the Islamic state of perpetrating war crimes and crimes against humanity in the areas where it has established effective control. In a report entitled “Rule of Terror: Living under ISIS in Syria”, the UN commission of inquiry on Syria said it documented “shocking” accounts of the armed group’s use of terror to subjugate Syrians living in its areas of control, as well as the use of extreme violence against both civilians and captured fighters.

This extreme violence and systematic denial of basic human rights and freedoms that breach obligations towards civilians in time of war amount to war crimes and crimes against humanity, says the report, noting that the abuses, violations and crimes committed by ISIS against Syrians have been deliberate and calculated and that the ISIS commanders, as put by Commissioner Carla del Ponte, “are individually criminally responsible for these crimes.”

The report that was presented on Friday in Geneva called, among other recommendations, to engage international accountability mechanisms, including the International Criminal Court, to hold individuals, including ISIS commanders, responsible for war crimes and crimes against humanity.

The UN commission of inquiry on Syria emphasized that the lack of a political process had allowed extremism to fester and it was urgent to reach a sustainable solution to the on-going armed conflict in Syria through an inclusive and Syrian-led political process. “’The international community and the Syrian Government must engage in this process without further delay,” stated Commissioner Karen AbuZayd.

The commission insisted in its report on the fate of women and children inside ISIS-controlled areas in northeastern Syria, where executions, amputations and lashings in public spaces have become a regular occurrence. The display of mutilated bodies has only further terrorized and traumatized Syrians, in particular children.